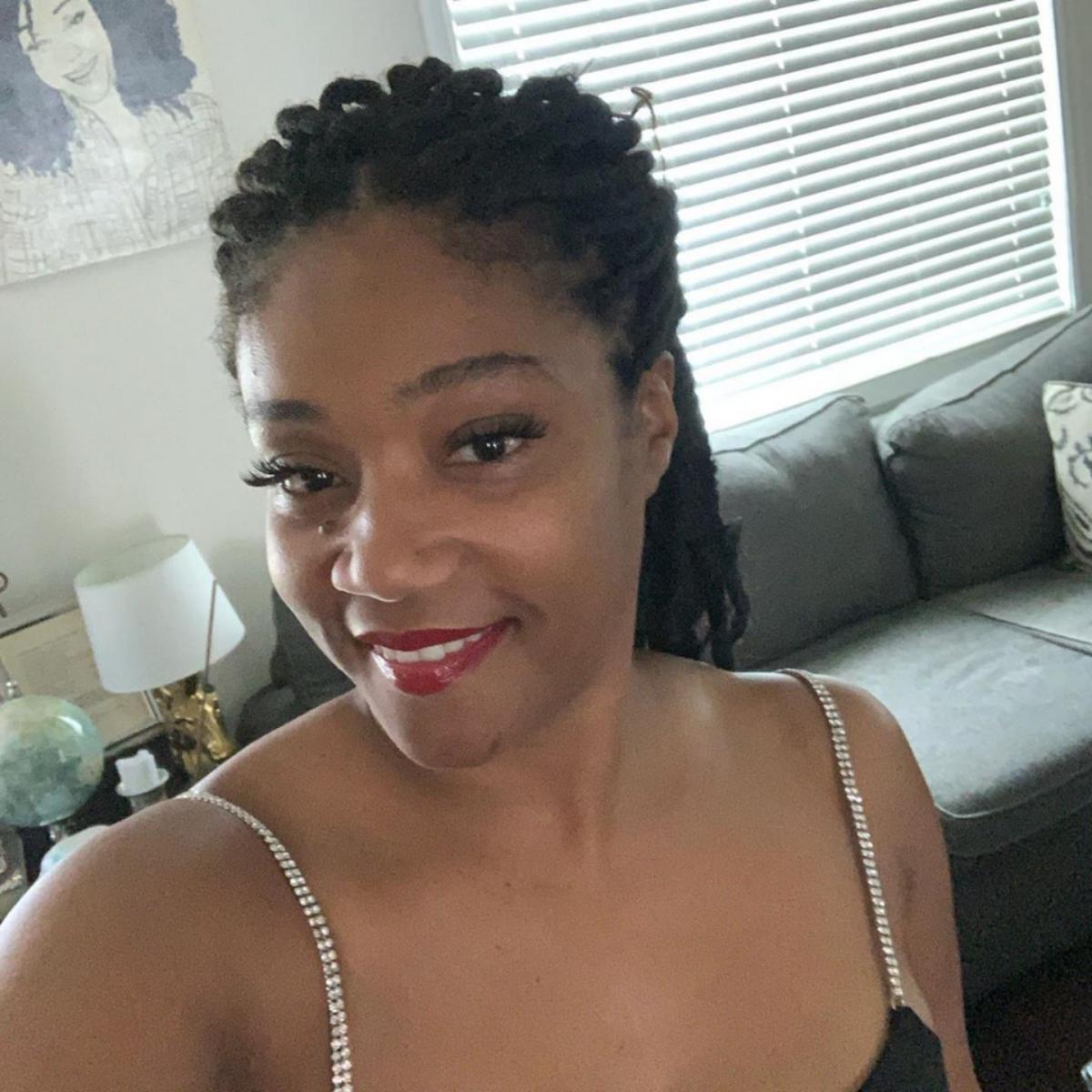 In a recent interview with Kenny Burns, Tiffany Haddish opens up about life in foster care and also, her mum abusing her and her siblings. The comedienne said:

“At 12, 13 we got put in foster care got split up my two sisters were put together, my two brothers were put together and then I was by myself for a few days. Then I moved to a foster home, then a couple of other places then finally my grandma got custody of all of us.”

On the physical abuse she received from her mum despite trying to put a smile on her face, the actress said:

“My momma she used to knock me out straight punch me hit me because she couldn’t use her words. Here she is from a woman who owns 2 properties, owns her own business, was the manager at the US Post Office has a very extensive vernacular and now she had to learn how to walk talk eat everything that she taught me at that point I’m teaching her. And the frustration of that she couldn’t think of the words so she would just hit. And so I thought maybe if I did a dance for her then maybe she wont punch me in my nose today.”

READ ALSO:   My Friends And I Disagree Sometimes Because Some Of Us Are Like Stubborn Goats - Actress Omoni Oboli

#TiffanyHaddish gets emotional sharing how her mom use to physically abuse her. pic.twitter.com/cb4ZoLDzAj

Haddish also spoke on popular male celebrities being mad at her because she refused to open up her legs for them or even dating them. This was the chance they gave her to get into comedy.

“A whole lot of not giving up no p***y so that you get held back. It’s a lot of men out here mad at me right now5. Its a lot of dudes that used to tell me unless you f**k me you not gonna get here unless you my girl it’s me that’s gonna walk you through the door. And I’m like no it’s God walking me in the door. You don’t walk me in no door,” Haddish said.

READ ALSO:   After Being Shamed Because Of Her Christiane Amanpour Interview, Moesha Boduong Lists Anger, Pride, Greed And Hate As Our Real Enemies

Tiffany Haddish On Refusing To Have Sex In Exchange For Fame: It’s A Lot Of Men Out Here Mad At Me Right Now pic.twitter.com/rty2PwAmQL

If things had gone differently, Tiffany says she could have been a drug addict.

“Imma tell you right now had I done what I could’ve done to get where I’m at right now I probably wouldn’t be here. I probably would be a full strung out drug addict because my integrity would be damaged. Knowing the truth about how I got where I’m at it would hurt so bad like if I had got this kind of fame or success in my twenties, it would’ve been some shenanigans.”

READ ALSO:   "When Water Hits My Head It Feels Like Kisses From God" - Tiffany Haddish Says As She Shows Off New COMPLETELY Bald Head Look + REACTIONS

On a sequel to the 2017 Girls Trip, Haddish told Kenny Burns;

Tiffany Haddish also touched on the area of being called “ghetto” She said;

“Tiffany set the black community back 100 years, she’s so ghetto”, meanwhile I’m buying businesses, I want a black grocery store. I am sick and tired of going to everyone else’s grocery store.”

Latest Gossip From Hollywood: Tiffany Haddish Almost Became A Scientologist But, ‘I Don’t Do Bunk Beds’