Celeb News Today: Tiny Harris Shocks Husband T.I With Marital Advice She Received From Kandi Burruss’ Mother While On His “Expeditiously” Podcast – ” ‘Do Not Marry For Love” 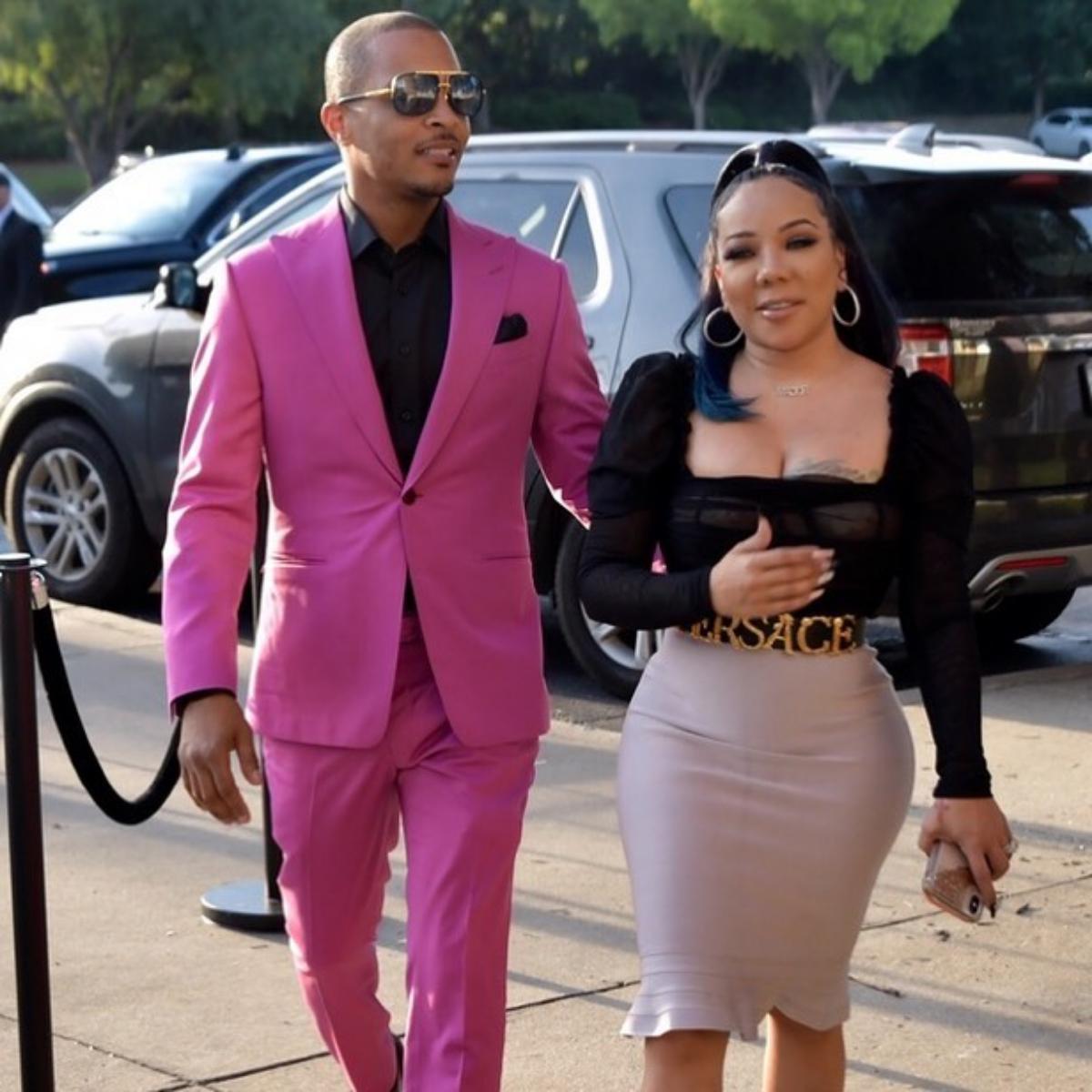 Celeb News This Week: Tiny Harris Shocks Husband T.I. With Marital Advice She Received From Kandi Burruss’ Mother While On His “Expeditiously” Podcast

Tameka “Tiny” Harris was a special guest on her husband T.I.’s “Expeditiously” podcast. The couple who have been together for nearly 20 years and recently celebrated their nine-year wedding anniversary, spoke on topics relating to singlehood and married life. The rapper shared a clip on his Instagram page Tuesday, Oct. 22, in which he asked his wife her take on why people get married nowadays and how it’s changed from “back in the day.”

“Well, I don’t know,” Tiny answered, before revealing that her group mate Kandi Burruss‘ mother, Mama Joyce, advised her to marry for security and not love.

“I’ll never forget when I was about 16, 15-years-old, Aunt Joyce, Kandi’s mama, told me: ‘Do not marry for love, marry for … security,’” the mother of four added, seemingly shocking T.I.

According to Tiny, at the time, she didn’t understand what Mama Joyce meant. However, before she could finish her statement, T.I. interrupted and jokingly said, “See, nobody had that conversation me.”

“See, men, this the first thing, right,” he continued. “Women are being trained and conditioned from children. This young lady [was] 15 years old, an older … like an O.G., gave her the game and said, ‘Listen here, young lady. You gon’ fall in love, but forget that.’”

T.I. urged fans to watch the upcoming episode on his Instagram and wrote in his caption, “Come join The Battle of the Sexes With Me, Mrs H. @majorgirl. … She walked me right into this one didn’t she??? .”

motorcitychick522: “I agree I wish I would have listen not for money but someone who will make you better”.

julyjones78: “I was told that by a older woman as well but i want to be in love with my husband. I want to be the kind of happy that love brings, not security. I can’t solely marry a man for security. #sorrynotsorry”.

_angeleyes62: “Different times… women are more empowered now and we have our own .. so we can marry for love ❤️ as it should be and the rest should follow”.

iboriginal92: “Love always fades and comes back so if u marry for love you’ll always be getting divorced real love is an action not a feeling”.

kaywynters: “Yup but logic will never bring you happiness in a relationship. Emotions rule matters of the heart and marriage is definitely a matter of the heart.”

coolwater102: “I think thst was the worst advice tiny could have gotten from her Aunt”.

sipspecialtea_: “Yet Candy’s mom, Joyce relies on her daughter for security??”

viberez: “Seriously no matter what u go through in life when someone loves u it won’t matter what’s in your pocket u can have everything but without love most things fall apart, u can have security but if u just dont have that element of love in the center n God your life u will never be right in balance… Love cast all fear! @troubleman31”.

_misslucas: “Daddy told me that! You dont marry for love. Marriage is a business!”

e_marvelous: “Thanks @majorgirl for saying some women. I was saying to someone that my mom didn’t teach me how to be a girlfriend or wife but she taught me how to be independent and keep a job”.

sobluearomabar:”I enjoyed this. Women are dating and marrying down because black women are more successful than men. Black men are the least paid around the world, they are being oppressed in so many ways. There is a much smaller percentage of successful black men as well as decent. Once you minus the married men, the jail dudes, the gays, and the trifling you get a smaller pot to choose from unless you open your options to other cultures of men. It’s hard to walk away from Black vitamin D🤷‍♂️”

qveenestarnes:” Love don’t pay the bills. I would say marry for both of you can. Love is going to get you through those rough patches. Whatever the “convenience” is don’t matter when the going get tough and the tough gets going. But if you can marry for both, you cutting 💯.”

READ ALSO:   Tameka 'Tiny' Harris Will Reconcile With T.I. But He Has To "Come Back To Her" [VIDEO]

tyrameral: “What ppl seem to forgot is what it’s programmed in our dna. Way back when the man was the one going out hunting and the woman would stay in a save place with their children. Men are the stronger human physically but women keep the togetherness of a family because we are emotionally wired and we protect our family.”

rashedaisworthy:” You marry for money…your gonna warm every penny of it. But y’all do what you think is best 🙏🏾”.

tanyiaalea07:” That is true…but u can’t marry for security either!!!”

Come join The Battle of the Sexes With Me, Mrs H. @majorgirl , & my dear friend “Single Dina” @missmarto OUT NOW on #ExpediTIously @applepodcasts @podcastone

Bye Tameka ‘Tiny’ Harris, Check Out Rapper TI’s Girlfriend He Hit The Red Carpet With At the Superbowl

Tameka ‘Tiny’ Harris Will Reconcile With T.I. But He Has To “Come Back To Her” [VIDEO]