Tonto Dikeh Has Called On Women To Speak Out When In An Abusive Relationship — Do You Agree With Her? 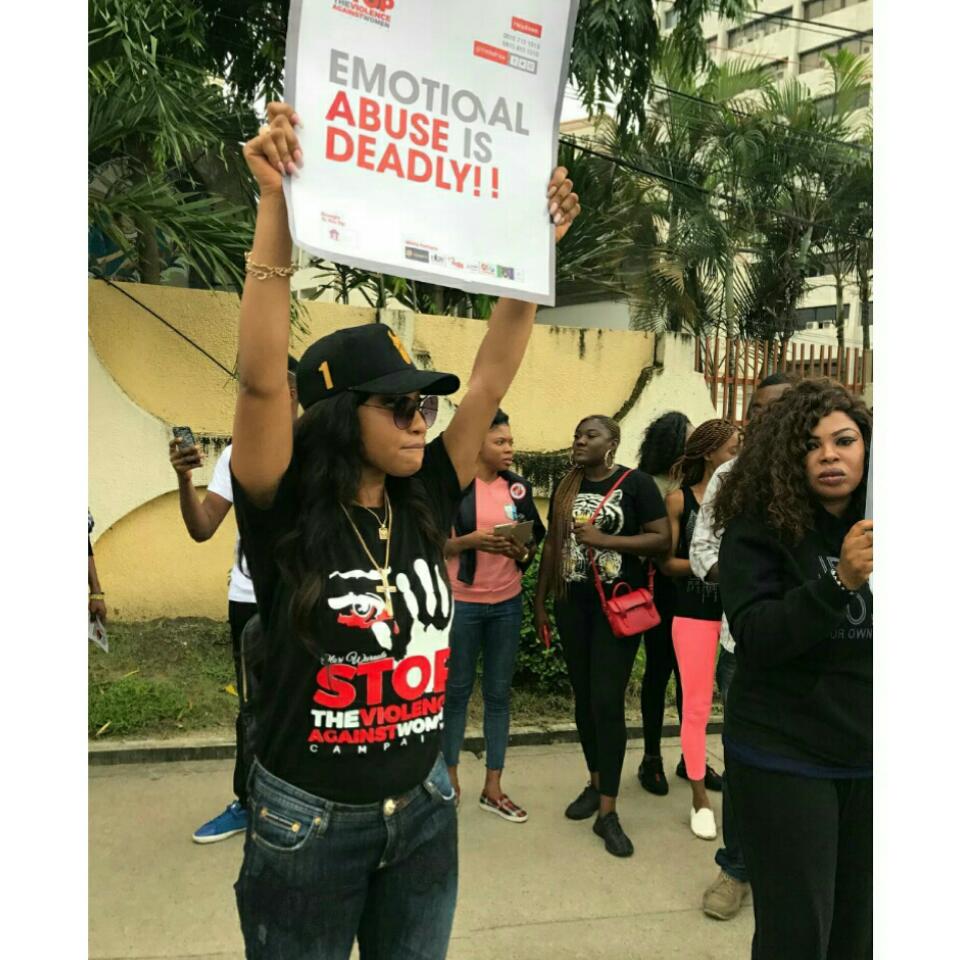 Tonto Dikeh has called on women to speak out when in an abusive relationship. The actress was amongst the celebrities who marched against domestic violence alongside.

Tonto Dikeh who herself is a victim of domestic violence, said:

“I think the one issue that actually births the high rate of domestic violence is the fact that we are not talking about it enough. It is the fact that the society is shaming us when we talk about it. So we rather not talk about it, we rather keep it on a hush hush until it is worse.
This awareness will create so many…I am sure a lot of men now will be scared to beat their wives now because this awareness is no joke, there are heavyweights here. It is not about ridiculing men like I always say. It is to make us a better person. It is to make our homes better.
Nobody is saying run out of your homes. I am not preaching divorce. I am preaching that you speak out. because your life matters. Your children’s lives matter and your husband’s life matters.

I don’t think there is any excuse under the face of the earth that God has created that a man should put a hand on his woman. No! There are other options. You can walk away. You can calm down. You can go for therapy. There is so many options than hitting a woman”.

READ ALSO:   Nollywood's Chizzy Alichi Narrates What Happened When She Entered Restaurant To Eat Pounded Yam And Vegetable Soup But Ended Up Being Told She's Fat