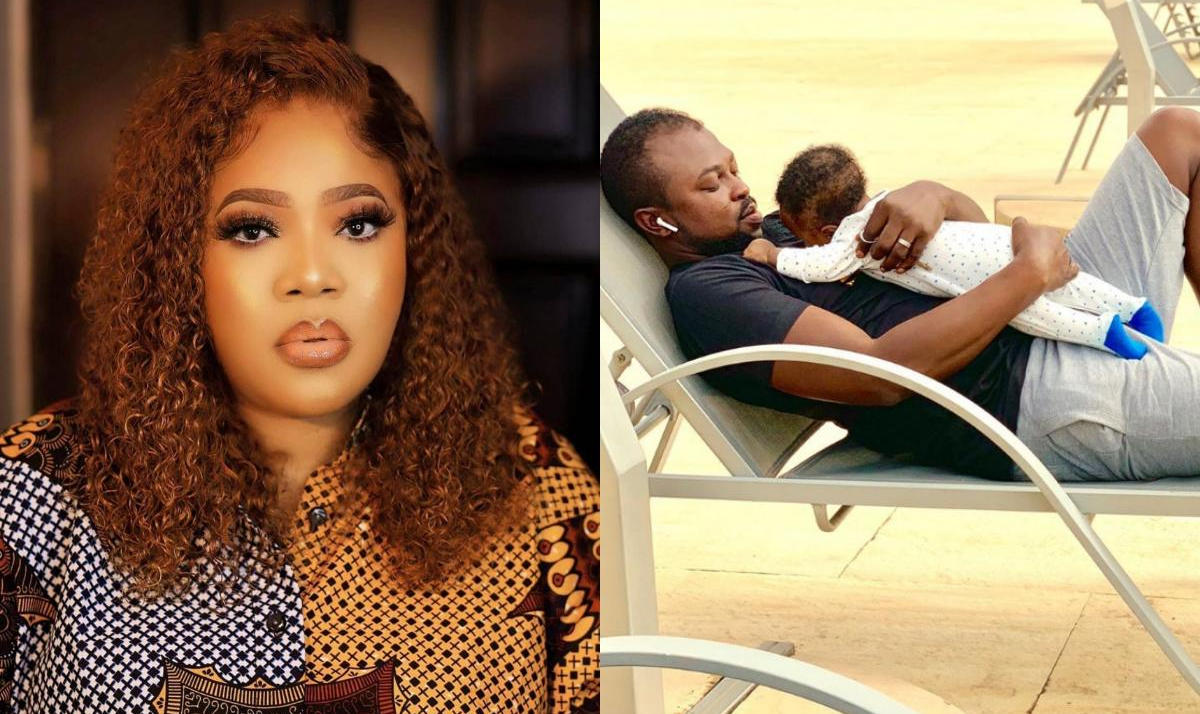 Toyin Abraham celebrated her son, Ire, yesterday, August 13, on his 1st birthday. The toddler received lots of love with many of his famous mother’s colleagues sharing his photos on their Instagram pages and wishing him well.

In a new vlog, Toyin Abraham discusses how she found out she was pregnant for Kolawole Ajeyemi. If you recall, she was once married to Adeniyi Johnson but after the collapse of that union, he settled down again with Seyi Edun.

According to Toyin, she was also engaged to a lawyer while Kolawole Ajeyemi was just her friend whom she never believed to be serious. The actress says when she found out of her condition, she called him (Kolawole) and then “I told him I was ready”.

On how God saw her through the nine months of her pregnancy, Toyin Abraham said, “My food cravings was on another level, infact if we are to measure how much i ate while being pregnant, I shouldn’t be allowed to eat again till year 2029….i ate so bad that if i see a person with ketchup on his face, i can finish him or her”.

READ ALSO:   Watch The Moment Adesua Etomi Surprised Her Mum On Her 60th Birthday By Flying Thousands Of Miles To See Her Face [Photos Included]

Chioma Shows Off Her Look When There's No Dollars [Photos]

Check Out These Photos From Toyin Abraham’s 40th Birthday Bash