Tragedy: Man Who Got New Tattoo Died From Septic Shock After He Ignored Advice To Wait For Two Weeks Before Swimming 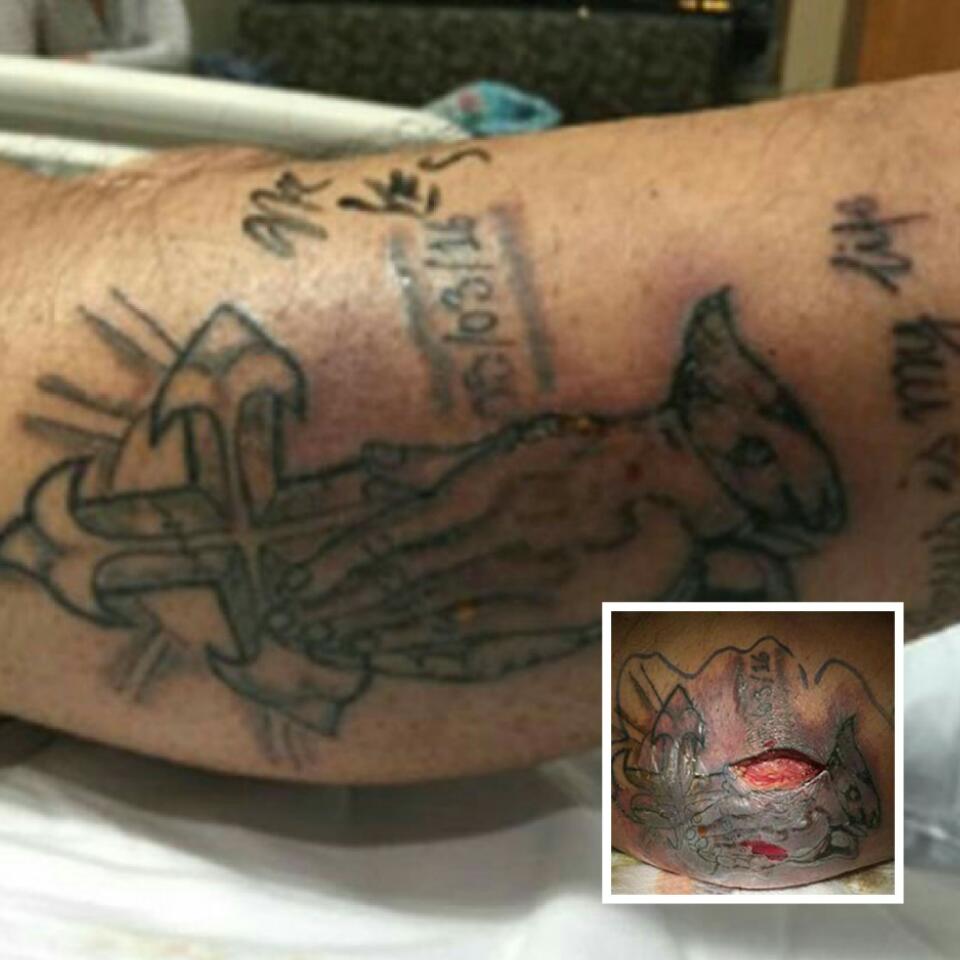 Things are really happening ooh! A man who got new tattoo died from septic shock after he ignored advice to wait for two weeks before swimming. It’s understood that the 31-year-old died when his organs shut down due to an infection he caught from a dip in the Gulf of Mexico. He had a crucifix and a pair of hands praying inked on his right calf shortly before his tragic death.

READ ALSO:   If You Find Yourself Alone Locate God, Make Him Your Everything - Nigerian Actress Belinda Effah

Despite being told to wait two weeks before swimming, the man ignored the advice and went swimming only five days after.

According to a report in the British Medical Journal (BMJ), the man then developed fever, chills and a rash around the tattoo. His condition deteriorated as his leg swelled and turned purple. He was rushed to the hospital where doctors confirmed he was suffering from the terrifying vibrio vulnificus bug, which causes vomiting, diarrhoea, blistering dermatitis and severe abdominal pain. The man’s liver had already been weakened due to years of heavy drinking which made him more susceptible to the infection.

READ ALSO:   Oh No! Someone Tell Rick Ross His NOTORIOUS B.I.G. Tattoo Is Messed Up — Biggie Didn't Have A Beard! [Photo]

It’s gathered that 24 hours after being admitted to hospital, the man was already on life support machines after his organs began to fail. His body went into septic shock with the infection triggering an immune response which attacked his own organs. However, two weeks later, the man’s condition began to improve but tragically, he died after the septic shock caused his kidneys to shut down.

“This case highlights the association of chronic liver disease and high mortality associated with infections of V. vulnificus.

Tattoo Tragedy: Man Who Got New Tattoo Died From Septic Shock After He Ignored Advice To Wait For Two Weeks Before Swimming

Drake Got Lil Wayne Tattoo On His Arm [Photo] — You Like?

Oh No! Someone Tell Rick Ross His NOTORIOUS B.I.G. Tattoo Is Messed Up — Biggie Didn’t Have A Beard! [Photo]

Nicki Minaj Has Finally Revealed What Her Chinese Tattoo Means. Find Out! [Video]