Tragedy As Mother And Twins Die Amongst Others In Ibadan Autocrash 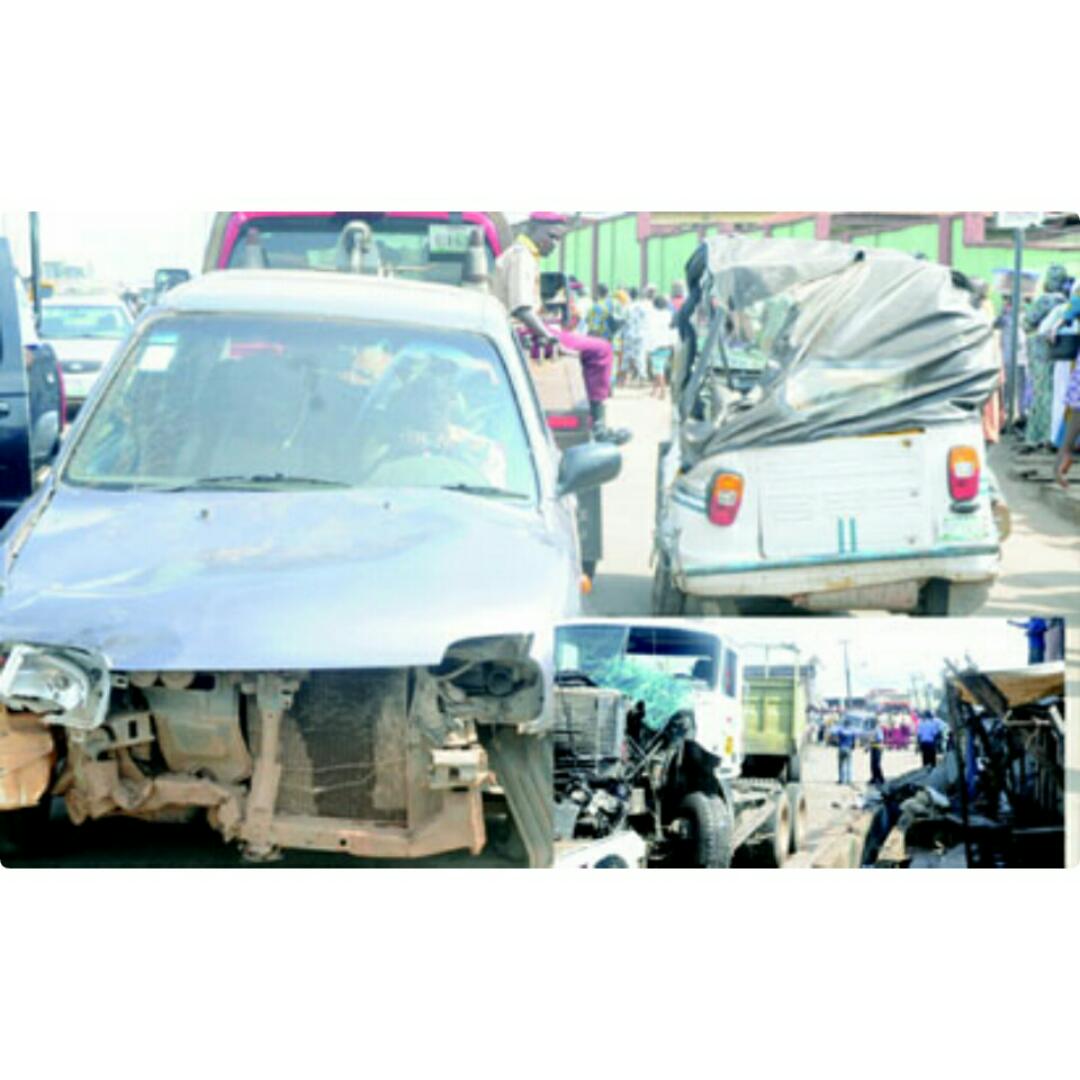 The mangled bodies of a mother and her twin children involved in an autocrash with a truck, marked AGL883XQ, threw sympathisers into tears as they wept uncontrollably at the scene of the accident at the popular Oja Oba market in Ibadan South East local council area of Oyo State.

According to Vanguard, the truck lost control after it had brake failure. The police have already confirmed four deaths as a result of the accident while eyewitness report indicates those crushed by the truck could not be less than 12. Amonst the casualties, was an engineer with the Ibadan Properties, Mr. Monsur Ajedayo, who was crushed while waiting for a taxi by the roadside. Also, some roadside traders who went against the advice of Governor Abiola Ajimobi to stop roadside trading, perished in the accident. An eye witness, Alhaja Aminat said:

READ ALSO:   Beware Of Gossips To Avoid What Am Going Through — John Okafor Speaks On His Ailment

“The incident happened at 7.45am on Tuesday. As I was about to enter my shop here, I heard people shouting. I first of all ran for my life. Later, I noticed that a driver of a truck was trying to put the truck to rest but he could not do that without running into some vehicles parked along the road. About seven Micra cabs fully loaded with passengers and six tricycles with passengers were crushed along its way as the driver was swerving along the road to find a way to stop.

“The woman, with her twin children, were standing beside the road waiting for Okada (commercial motorcycles) to convey them to school when the truck ran over them”.

“The truck driver, who has killed the innocent souls has escaped. But for the intervention of the security operatives, some irate sympathisers could have caused more havoc if they had set the lorry on fire. But we thank God that it happened this early period of the day when many traders had not set their wares beside the road. Many more could have been crushed to death.”

Fola Omidiran, one of the fortunate ones to have escaped death in the accident, said:

“The truck skidded off the road suddenly as it descended the slope, killing a woman and her two children immediately. It also injured many others. From what we heard, the articulated truck had a brake failure. Five tricycles were also crushed in the accident; one of them even caught fire while occupants sustained injuries.”

Adekunle Ajisebutu (SP) the Police Public Relations Officer (PPRO), said: “The accident is under investigation. The offending driver has been arrested and is in police custody. Four victims died as a result of the accident. Their bodies have been deposited at the Adeoyo State Hospital morgue. Three victims were injured and have been taken to the same hospital and UCH for medical treatment.”

Ebube Nwagbo Shows How Posh She Is In New Photos