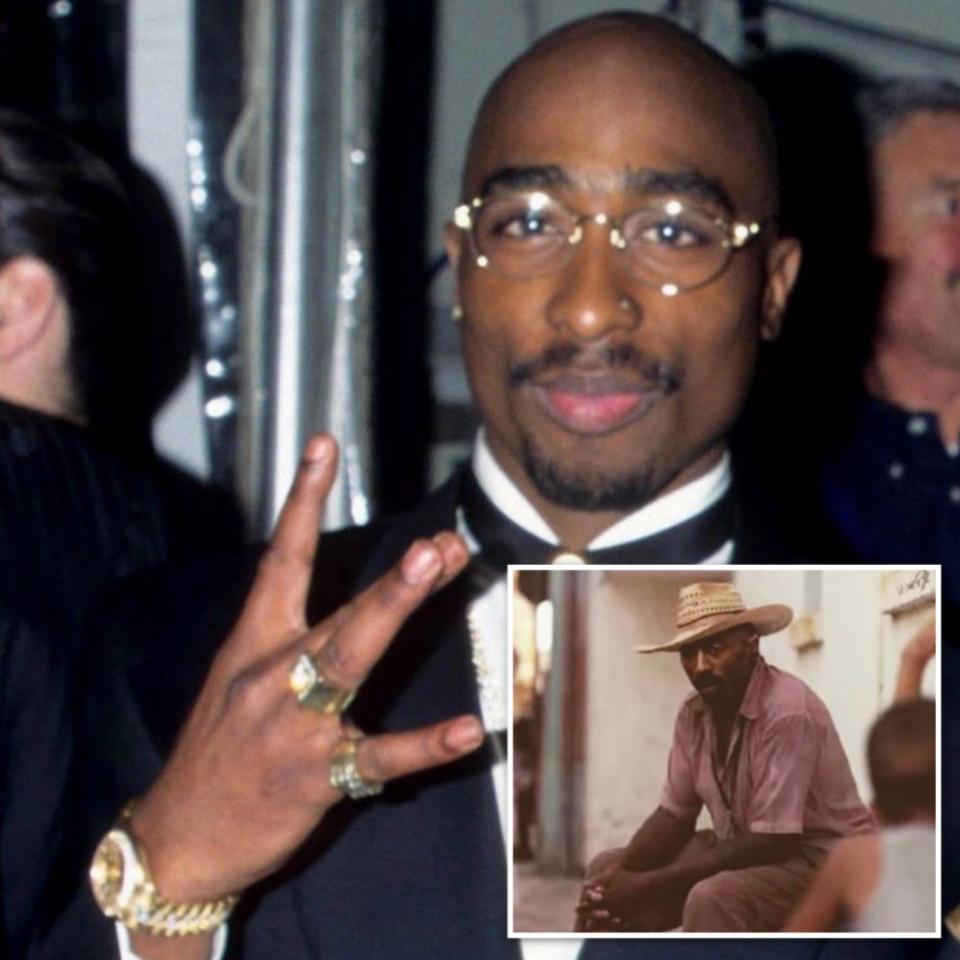 Since Tupac Shakur died after a drive-by shooting on September 13, 1996 in Las Vegas, Nevada, there’s been several stories claiming the rap legend is alive having survived the shooting. A fresh photo has emerged showing Tupac is alive and well. He is supposed to be 48 years.

YouTube channel Wired Up TV uploaded the picture which reveals a man who could pass as 2Pac’s twin except he is older. The man is seen rocking a lilac shirt, trousers and a hat. In the video, the narrator says:

“Look closely at Tupac’s arms – you can see the outline of tattoos on his left arm.”

Even though from the unclear photo Pac’s tattoos is not seen, Wired Up TV claims that’s because he’s hiding them. He explains:

READ ALSO:   How Long Will They Mourn? Man Who Claims To Have Smuggled Tupac Into Cuba Says Fidel Castro Sanctioned Rap Legend To Live In Cuba [Video]

“The reason you can’t see the tattoos clearly is because he’s covering them up when he goes outside.”

“One thing people recognise about Tupac is his tattoos – his bandana and his tattoos.

“Look at his eyes, look at his face – what more proof do you want?”

Cardi B Celebrates BBMA Nomination: "I Feel Like That B*tch Right Now"