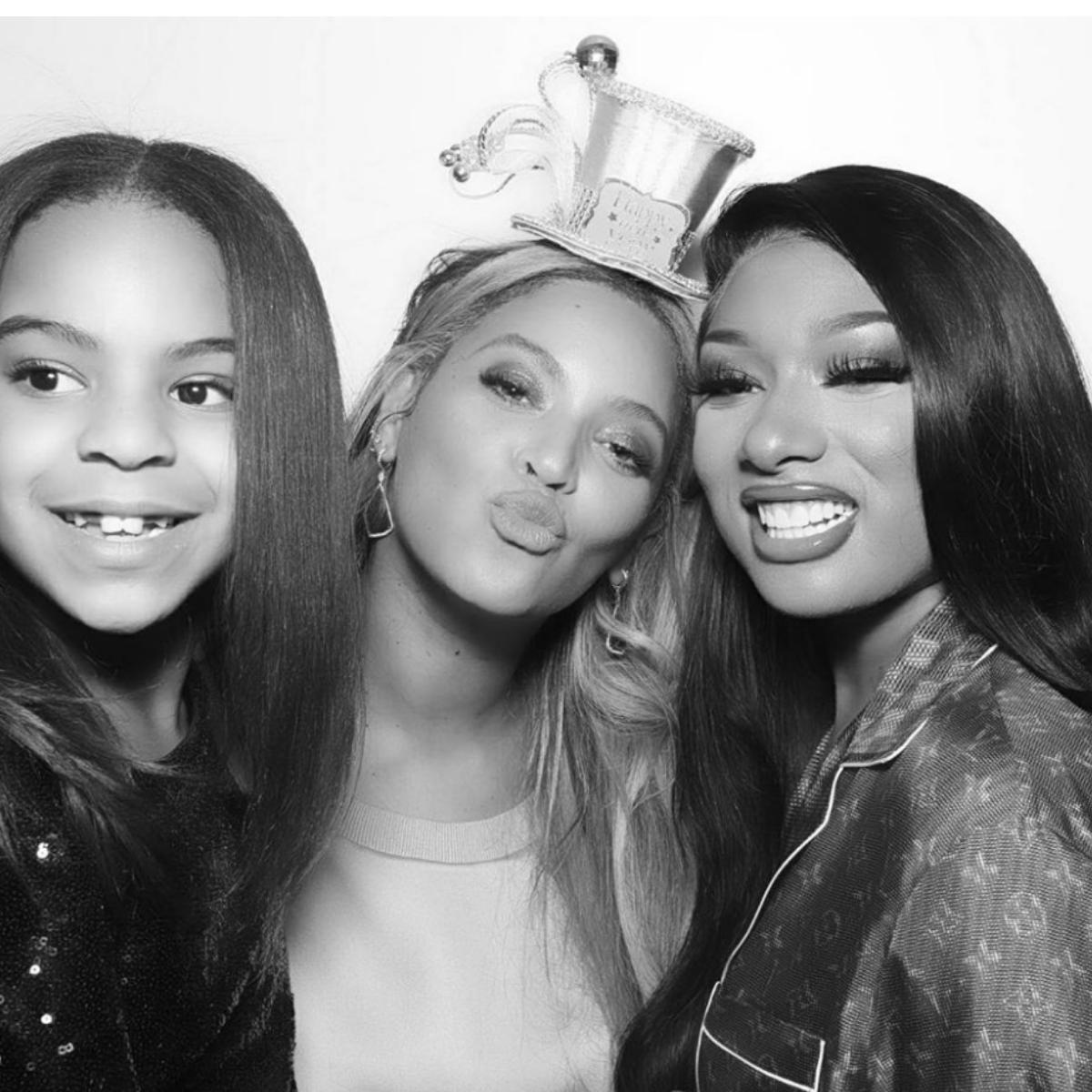 Two journalists one from Vanity Fair and the other Harper’s magazine, have provoked the Beehive by criticizing the appearance of Beyonce and Jay-Z’s daughter, Blue Ivy Carter. They face online backlash for the disparaging things said about the 7-year-old.

“Happy 2020,” the rapper captioned the post, which has since garnered more than 2 million likes.

Beyonce’s fans commented saying Blue Ivy was “gorgeous” like her famous mother Beyonce. However, Vanity Fair film critic K. Austin Collins wrote in a since-deleted tweet, “I have a feeling the jay z face genes are about to really hit Blue Ivy and I feel so sorry for her,” according to Page Six.

The web editor for Harper’s magazine, Violet Lucca, replied to Collins’ tweet, “Or she’ll just get plastic surgery at 16 a la Kylie Jenner and we’ll all have to pretend that she always looked that way…I can’t allow myself to feel too sorry for the incredibly rich!”

Both tweets have since gone viral. Collins and Lucca were blasted for saying negative things about a child, or for going after a young girl of color. It was also noted the influence the two journalists have since they work for media organizations that regularly comment on news, politics and culture, which may give them the power to influence societal perceptions of race and gender.

In case anyone is confused about why people are upset @melvillmatic insults Blue Ivy (a child!) & then @unbuttonmyeyes replies with a crack about plastic surgery. Now he works for @VanityFair & she works @Harpers in case you ever wondered about media influence & misogynoir pic.twitter.com/RqwTPWVvpX

It’s understood Austin issued an apology a couple hours after posting his controversial tweet in which he acknowledged that “black girls deserve better.”

However, there are those who say Lucca didn’t really apologize although she agreed that her tweet was “petty” in response to one Twitter user, according to Page Six. She also agreed that children of famous people should be “off limits, but time and again they haven’t been.”

Despite this, Lucca appeared to suggest that the response to her tweet was overly dramatic.

“So I said something petty and have been called ugly, old, and a racist,” she wrote.

Sorry I was cleaning my apartment while this blew up…children of famous ought to be off limits, but time and again they haven’t been. So I said something petty and have been called ugly, old, and a racist.

In a follow-up tweet, Lucca insisted that she was not trying to play the victim and then defensively said “sorry.”

“I’m not playing the victim,” she wrote. “Sorry that I insulted Beyoncé’s daughter by suggesting that she might get plastic surgery some day, like many children of famous people do.”