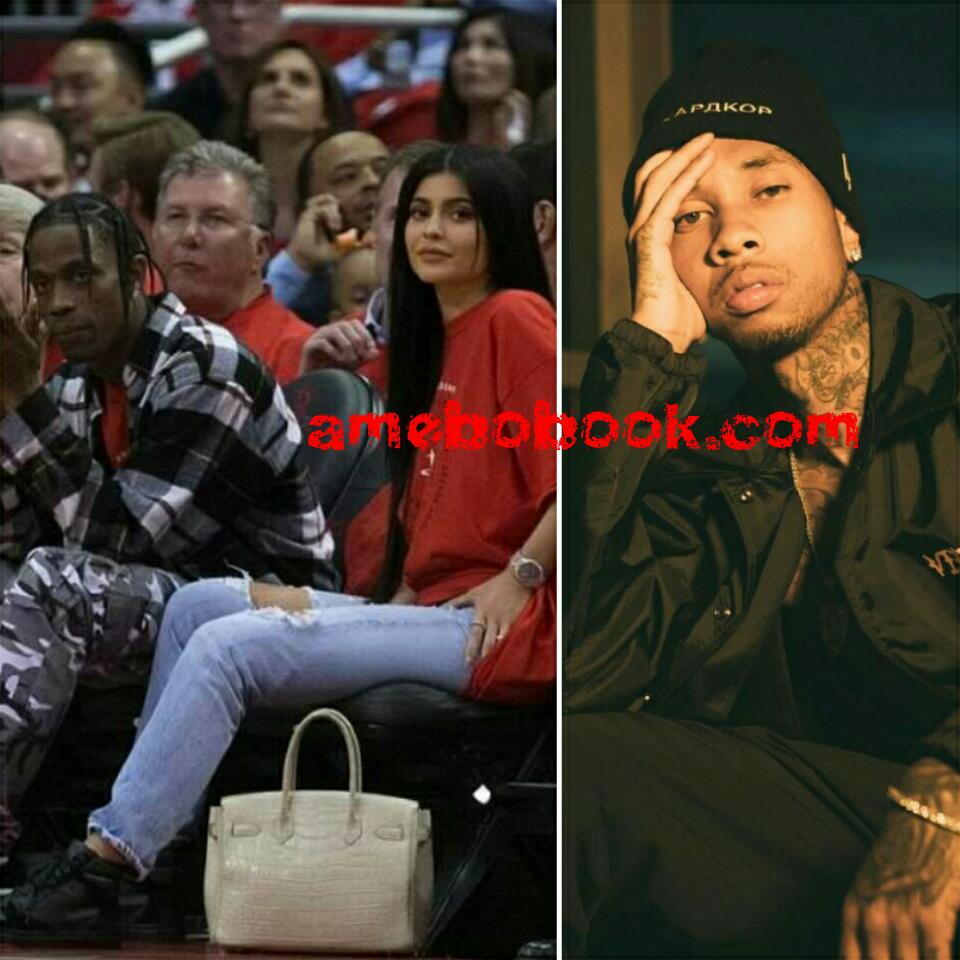 Initially, T-Raww was acting the hard man feeling he had Kylie wrapped around his fingers. He felt they would always come back to each other. He made this clear when Meek Mill appeared to have been making his moves for the Keeping Up With The Kardashians star. Things have changed now. It’s reported that Tyga is so threatened by Kylie Jenner romance with Travis Scott as word has it that his 19-year-old ex-girlfriend is infatuated with her new man.

According to Hollywoodlife, a source said,

“Tyga’s beginning to feel quite threatened by Travis and for the first time ever thinks he could end up loosing Kylie”.

“Travis is winning at life! He’s on a successful tour, he’s killing the rap game and every time he turns around he’s being offered a new opportunity of sorts.

“It’s been a while since Tyga’s seen that type of action and the more he thinks of it, the more Travis sounds like the perfect dude for Kylie,” the source adds. “That’s the type of sh** the Kardashian/Jenner girls look for in a man and Travis has it all and that irks T.”

Game Over: Tyga Is So Threatened By Kylie Jenner Romance With Travis Scott

Detroit Father James Saltmarshall Cries In Court After Being Charged With Raping and Murdering His 8-Month-Old Daughter — 'Can I please call my mom?'