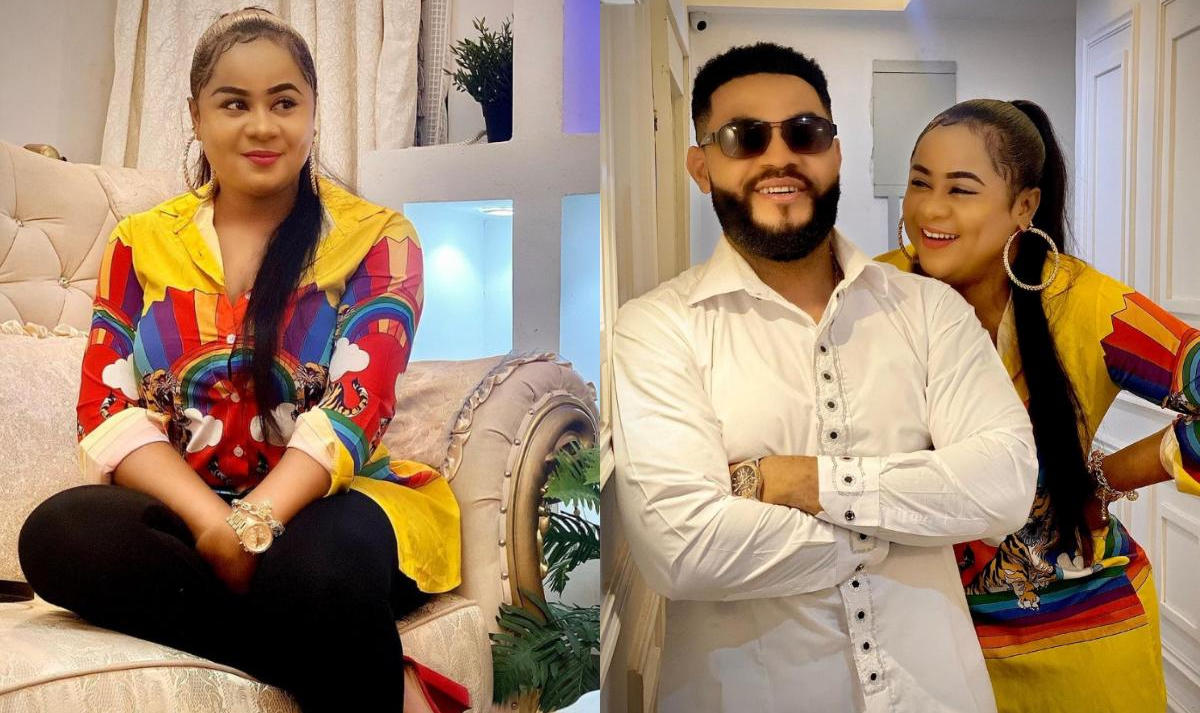 When you are good at interpreting your movie role in a manner that life is put into it, it has a natural feel to it. Uju Okoli is one of the fastest rising actresses in the industry and has even established herself as a favourite amongst fans.

The Nollywood actress is one of the most sought-after because of her natural talent. Uju Okoli usually shares on set photos from her projects.

When the thespian shared pictures from the movie, WHERE MY HEART BELONGS which she starred alongside Stephen Odimgbe (Flashboy), she got a lot of reactions from her colleagues and fans.

Infact, actor/producer Prince Kevin Uvo who recently celebrated his wedding anniversary, advised Uju Okoli to “run am” with Stephen. He wrote in the comment section:

Fans have previously tried to hook up the actress with Freddie Leonard and even Mike Ezuruonye.

Amebo Book is not surprised that Uvo told Uju to get into a relationship with Stephen because they look so good together.

"It’s All Love Around Here" - Chizzy Alichi Says As She And Husband, Chike Ugochukwu Mbah Give Serious Relationship Goals