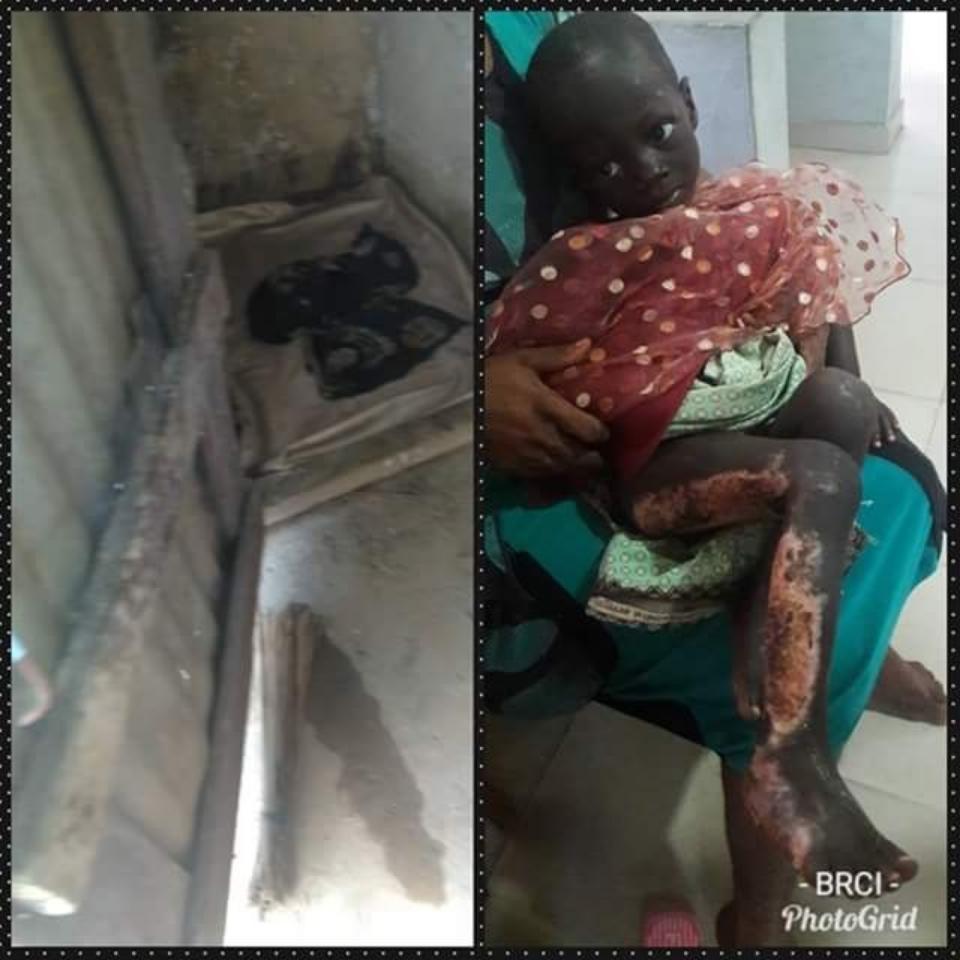 Evil Doer: Uncle Ties His Malnourished 2-Year-Old Niece To Tree And Sets Her On Fire In Cross River State

A malnourished 2-year-old girl has been rescued by the Child Protection Network (CPN) in Akamkpa, Cross River State after she was tied to a guava tree and set on fire by her uncle. It’s understood the man has been arrested by the police and the Basic Rights Counsel Initiative (BRCI) intends to press charges.

READ ALSO:   See Photos Of The Hippopotamus That Has Been Terrorizing Residents In Abaji And Kwali Communities In Abuja

“The child in this picture is about 2years old. She leaves with her uncle in Akamkpa (her father’s elder brother). Her uncle tied her to a guava tree and set fire on her. According to her uncle, she poos around.

As a result of the fire, she sustained high degree injuries. Her feet are burnt. She is not able to stand nor sit. Apart from the injuries, she is looking malnourished and terribly under weight. She sleeps outside on a make shift bed not even good enough for a dog let alone a human being.

READ ALSO:   Snoop Dogg Thanks His Wife Shante Broadus For Their Kids, Loyalty And Ability To Deal With Him On His Worst Days

She was rescued by Child Protection Network (CPN) Akamkpa, and brought to Basic Rights Counsel Initiative (#BRCI). She is currently under going treatment. The uncle has been arrested and BRCI will press for prosecution.

READ ALSO:   Entertainment Tonight Celebrity News: Nipsey Hussle's Sister's Tattoo In Honor Of Late Rapper Is The Most Awesome Ink You'll See In A While [Photo]

Child Abuse: Uncle Ties His Malnourished 2-Year-Old Niece To Tree And Sets Her On Fire In Cross River State