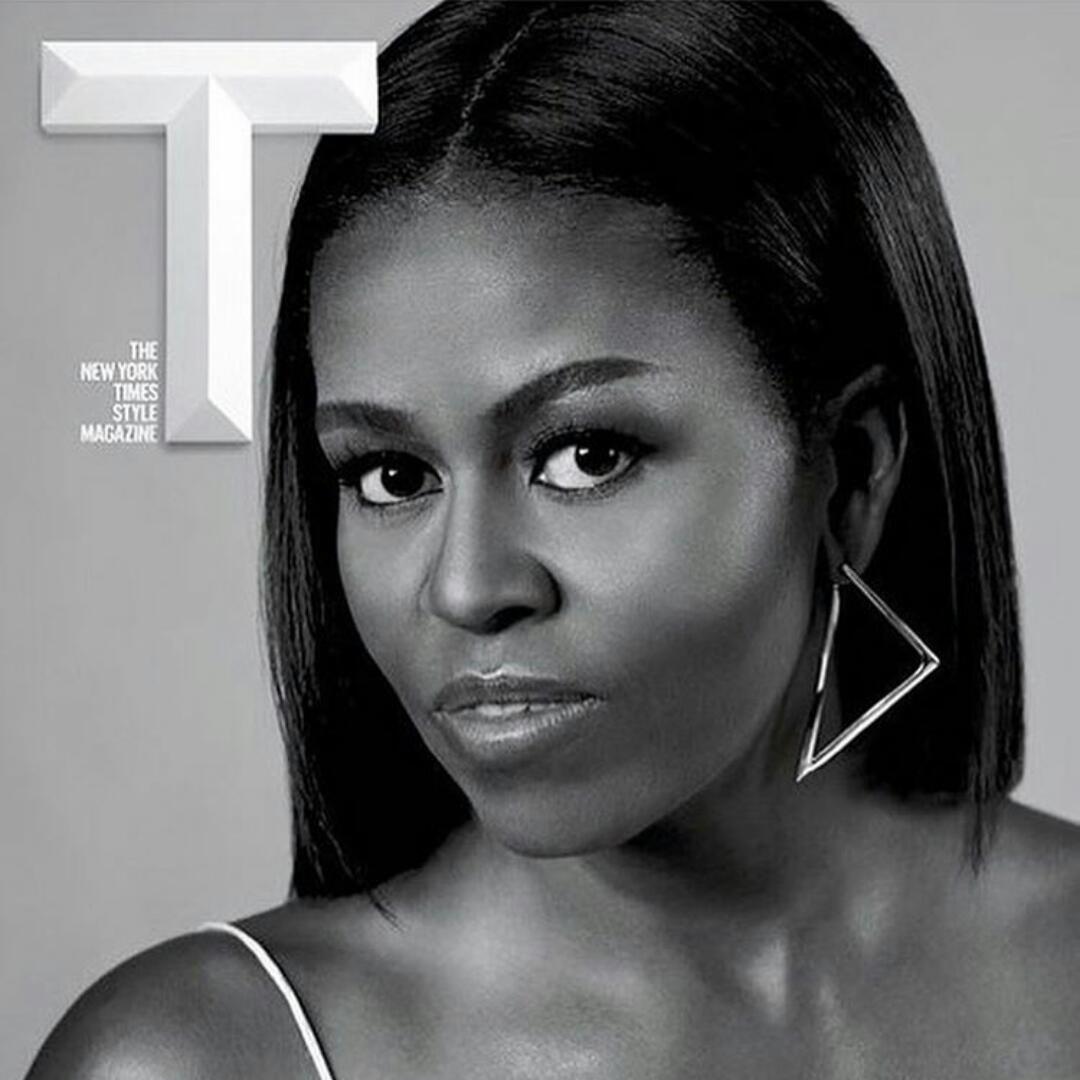 Michelle Obama, 52, has had probably her most fashionable moment and it appears to be on the cover of the ‘New York Times Style’ magazine. The United States First Lady was in a black and white portrait which features Michelle’s skin looking flawless. She also just received one of seven covers for the New York Times Style ‘Our Greats’ issue.

READ ALSO:   I Have Trouble With Men Holding The Door For Women — Novelist Chimamanda Ngozi Adichie

READ ALSO:   "I don't know why a grown woman will choose to stay in an abusive relationship/marriage" — Nollywood Actress Ebube Nwagbo Wonders While Speaking Out Against Domestic Violence

Chimamanda Adichie’s letter touches on the Michelle’s sense of style and how her fashion embodies a sense of authenticity and “full female selfhood.”

“She had become an American style icon. Her dresses and workouts. Her carriage and curves. Toned arms and long slender fingers. Even her favored kitten heels, for women who cannot fathom wearing shoes in the halfway house between flats and high heels, have earned a certain respect because of her. No public figure better embodies that mantra of full female selfhood: Wear what you like,” Adichie wrote.

READ ALSO:   Jason Enwere: Nigerian Man On Holiday With Family Recounts How He Fought For His Life Three Times In Vicious Attack In Mexico, Left With 13 Stitches On Skull [Photos]

Wow! You'll Love These Monalisa Chinda Photos... Check Them Out!