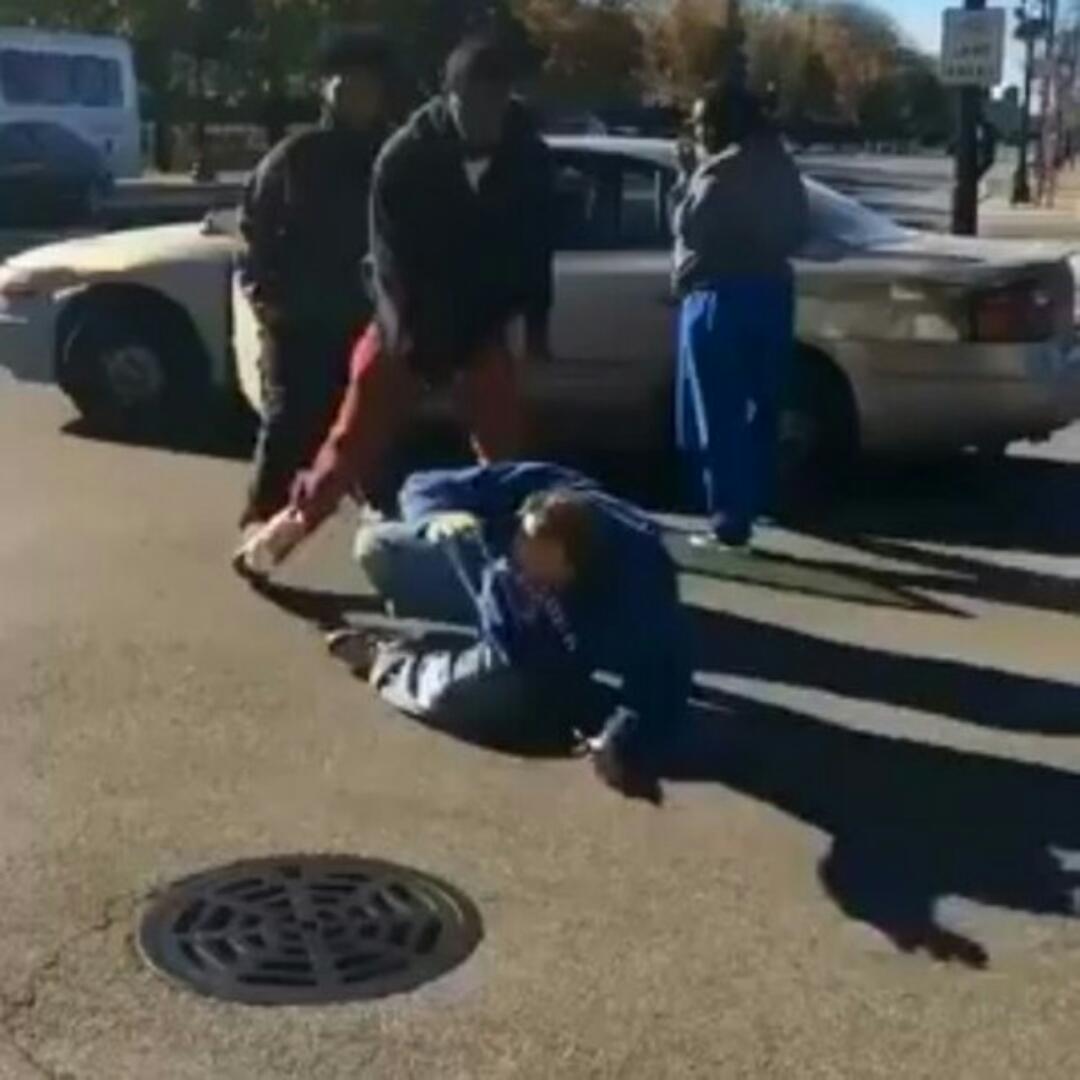 Boys are really not smiling in the United States following the defeat of Hillary Clinton in the presidential race by Donald Trump. A video has emerged showing a black mob giving a white Trump supporter the beatings of his life. The angry mob were seen dragging the white lad through the streets as he hangs out of the back of his car. They could be heard furiously shouting:

“You voted Trump? You gonna pay for that shit!”

Also, in another video, a woman is heard shouting “beat his ass,” while another man laughs before remarking, “Don’t vote Trump.”

The second video of the totally thugged out incident, is dubbed with the “F**k Donald Trump” song. It’s a phrase now being chanted by “protesters” across the country. In the video, one of the attackers drives away in the man’s vehicle while his hand is still stuck in the window as the car drags him down the street.