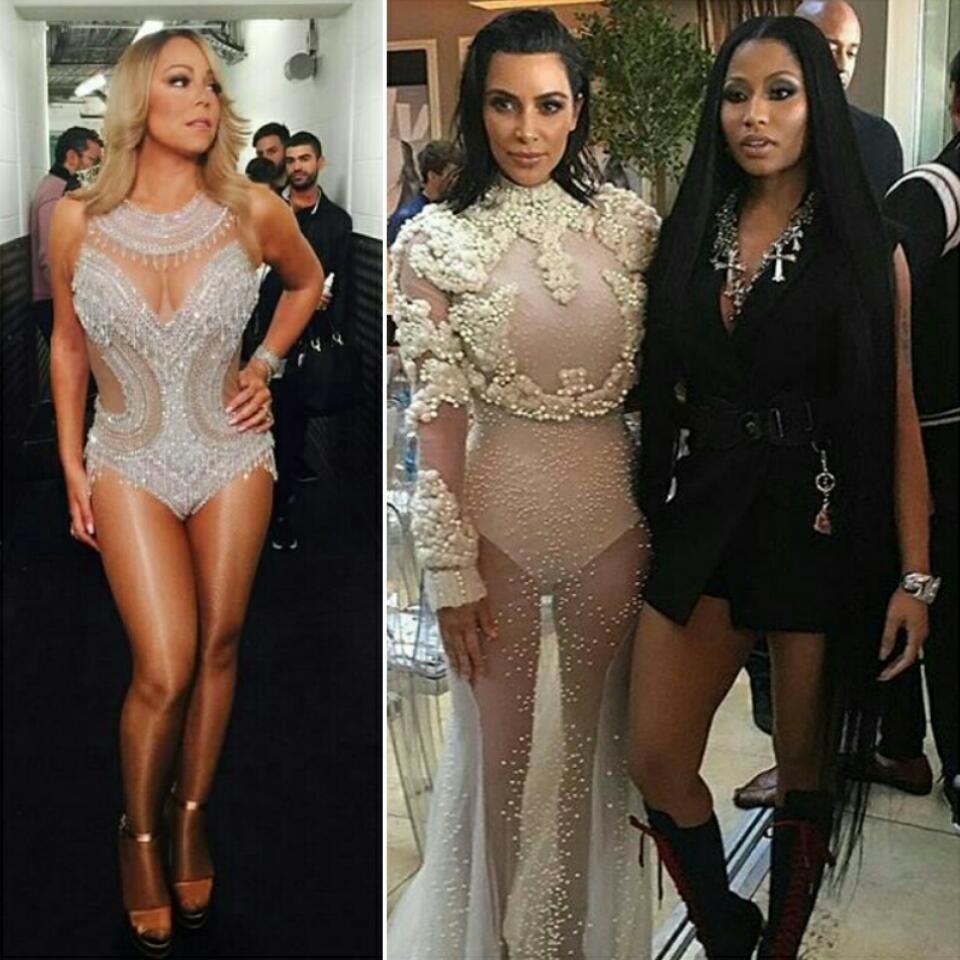 Who can survive when two powerhouses of which one is the hottest female rapper and the other is the undisputed heavyweight of social media? Truth is Nicki Minaj and Kim Kardashian have joined forces against Mariah Carey. It’s understood that the pair are connecting over their mutual distaste for the ‘I Don’t’ hitmaker after the pair were spotted attending the Daily Front Row event on Sunday, April 2.

According to Hollywoodlife, a source said, “Nicki and Kim were the best of friends at the fashion show”.

The source goes on alleging that the pair were “laughing, cutting up and spilling tea like no other.”

“Mariah’s name came up in conversation and they both took a deep breath and rolled their eyes instantly,” the source continues, adding, “Nicki shook her head and was like girl I can’t.” Nicki and Kim didn’t stop there. “That name just sucked the life out of both of them and you could tell that a few minutes was all the energy they had to talk Mimi,” the source says, before adding that they “laughed more and took about a thousand selfies.”

READ ALSO:   Rihanna In Alberta Ferretti Off The Shoulder Midi Dress Is All Class [Photos]

Trouble started between Nicki Minaj and Mariah Carey when the Young Money queen called the singer a “b***h” in the 12th season of “American Idol”. However, things took a turn for the worse after she allegedly threatened Mariah with a gun. Despite the accusation, Nicki made it clear, “If I had a gun, I would shoot her.”

As for Kim Kardashian, her beef with Mariah Carey started after she threw major shade at the Kardashian-Jenner clan in an interview with Complex last year. Mariah herself has no love whatsoever for the Keeping Up With The Kardashians star. When asked about what fans could expect from “Mariah’s World”, Mimi said, “Some of us talk about other people and what they do and la la la. But I’m not that person.”

READ ALSO:   Nigerian Celebrity News And Gossip Today: Bobrisky Arrests Man Who Bashed His Car And Broke His New iPhone 11 - " I Fought Him Like I Was On Something"

Like Father, Like Daughter: Dream Kardashian Is A Total Replica Of Rob In Adorable Baseball Snapchats [Photos]