Latest News USA Today: Watch Helpless Black Man Defend Himself Against Aggressive Group Of White Men Who Eventually Set Their Dog On Him 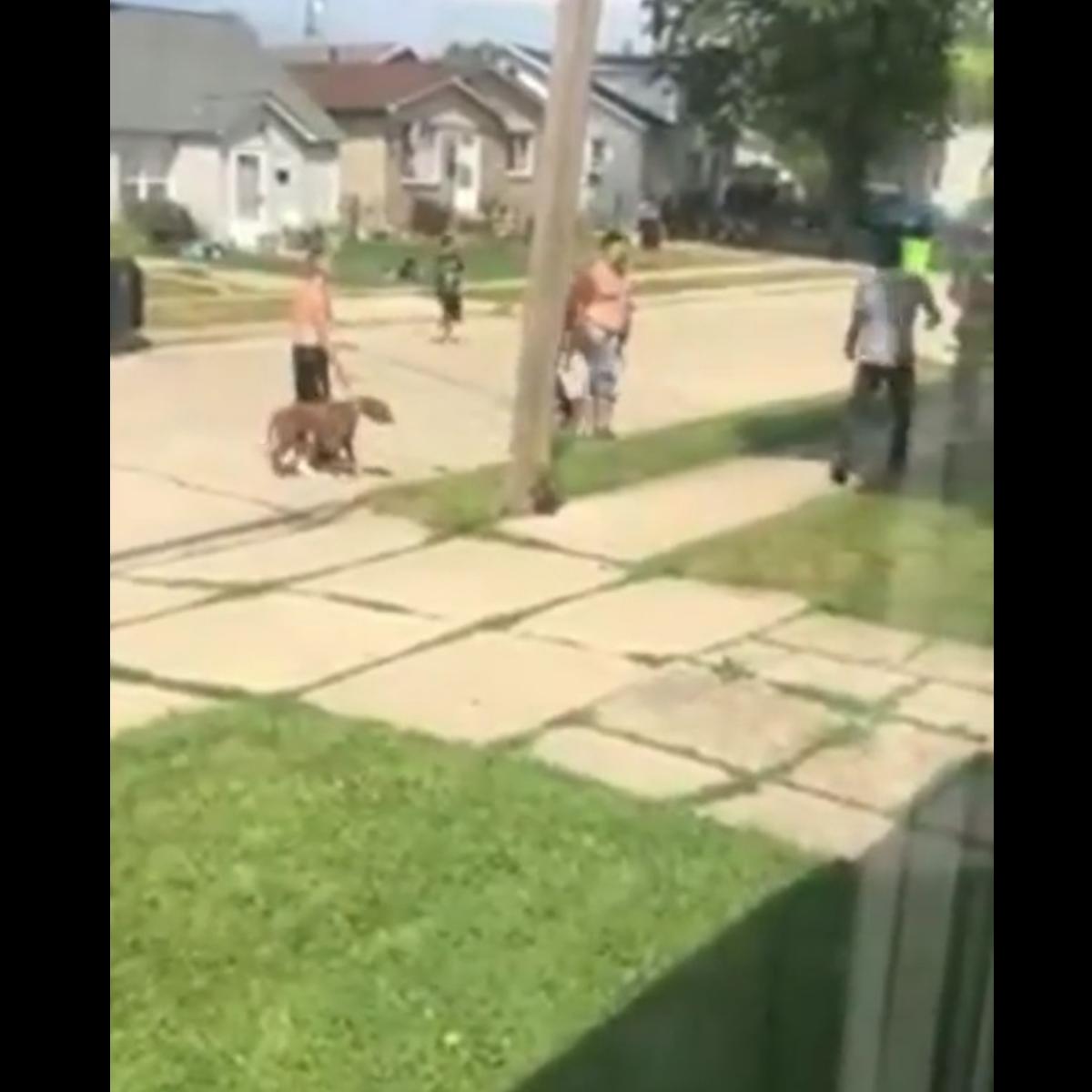 Latest News USA: Black Man Defend Himself Against Group Of White Men And Their Dog

A group of white men were captured on cellphone video attacking a black man in a Michigan neighborhood. Not done, a man releases his dog on the helpless lad who refused to go down without a fight.

According to ABC affiliate WXYZ-TV, Police in the Detroit suburb of Roseville visited the area near Martin Road and Gratiot Avenue Wednesday and Thursday to investigate the incident that ended up leading to a series of fights.

However, the black man who was with his stepfather at the time of attack, was accused of pulling out a knife. “That’s why the dog was let go and the dog did his job to make sure he protected me from getting stabbed by the individual.”

Attack by a entire family and their dog. The matter is being investigated. (Anyone know the source of this video please comment below)

According to reports, trouble started when a social media dispute between two teens who are dating led a group of teens to Lafave’s doorstep to confront his stepson, WXYZ reported.

READ ALSO:   Nollywood Actress Moyo Lawal Explains She Was Not Nude While Advertising ‘Flawless beauty by Mim’, Says "My body is 100% natural... Kim k is NOT my Role model"

USA Today Latest News: Black Man Defend Himself Against Group Of White Men And Their Dog

Latest News USA Today: ‘Side Chick ’ Torches Man’s House After He Calls Her For Sex And Then Falls Asleep - “I See You Wanna Die"