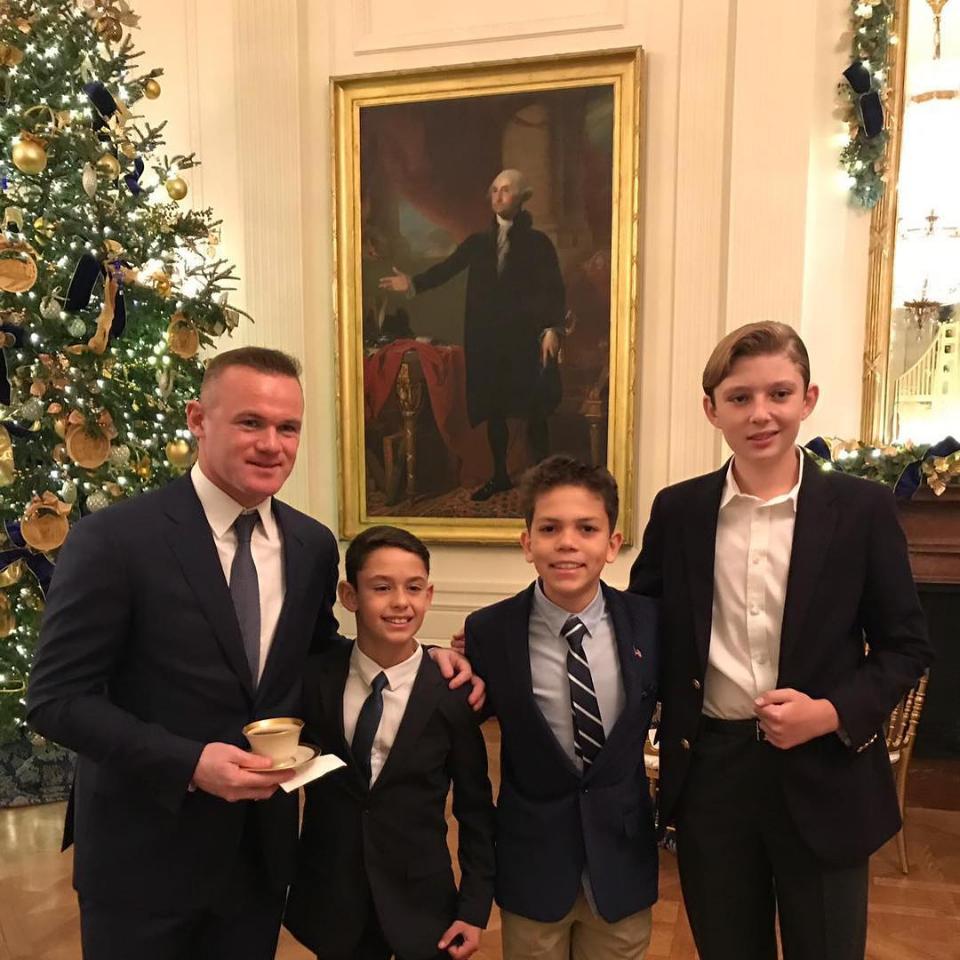 Wayne Rooney, 33, and his wife, Coleen, 32, went along with their four sons to the White House Christmas children’s party on Sunday night.

While at 1600 Pennsylvania Avenue, Rooney who moved to the US with his family in July to play for D.C. United, took photos with Barron who is a big fan of the club.

According to The Sun, Rooney, Coleen and their sons were given a tour of Trump’s private quarters. However, The Oval Office remained off limits. The source said:

“Coleen and Wayne were stunned when they received a personal invite from Donald inviting them to the White House.

“It wasn’t political. For them this was a chance to go inside one of the most iconic buildings in the world and give their children this experience of being there for the Christmas party, which is always spectacular.

“They were also given a guided tour of President’s Trump’s private rooms but the Oval Office was off limits.”