“We Have The Right To Protest” – Actor Ramsey Nouah 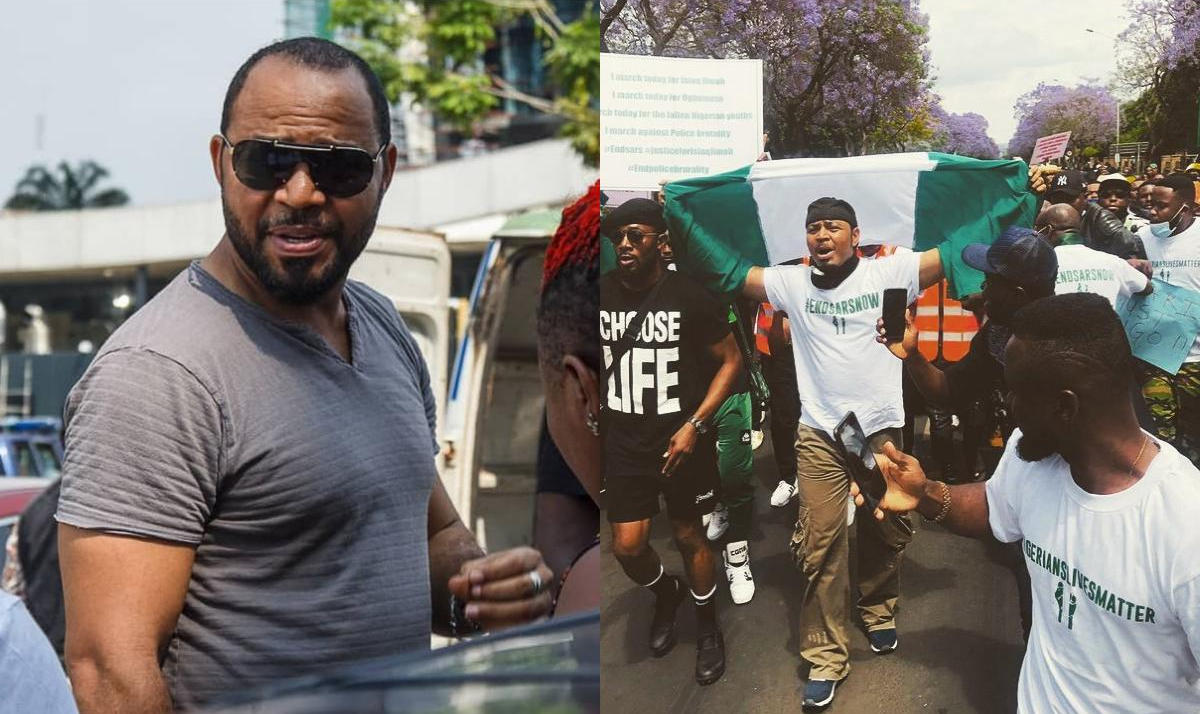 The peaceful protests against police brutality in Nigeria took an even more dramatic turn yesterday, October 20, as protestors were shot at by uniformed men.

Several photos and videos have emerged showing protestors drenched in blood alongside the Nigeria flag. In fact, there are unconfirmed reports that at least ten people were killed and several others in critical condition.

While reacting to the attack on the #endSARS protestors, Ramsey Nouah stated in an Instagram post that Nigerians have every right to protest peacefully in the country. The thespian wrote:

READ ALSO:   Kiss Of Death: Nigerian Man Who Was Defending His Girlfriend From An Abuser Got His Lips Bitten Off By The Guy, Here's What Victim, Segun Rick Mill, Has To Say [WARNING GRAPHIC CONTENT]

In other news, the youths have set the Governor Babajide Sanwo-Olu’s mother’s house in Surulere on fire. The Governor had claimed that no nobody was killed during the shooting by soldiers at Lekki Toll Gate on Tuesday night.