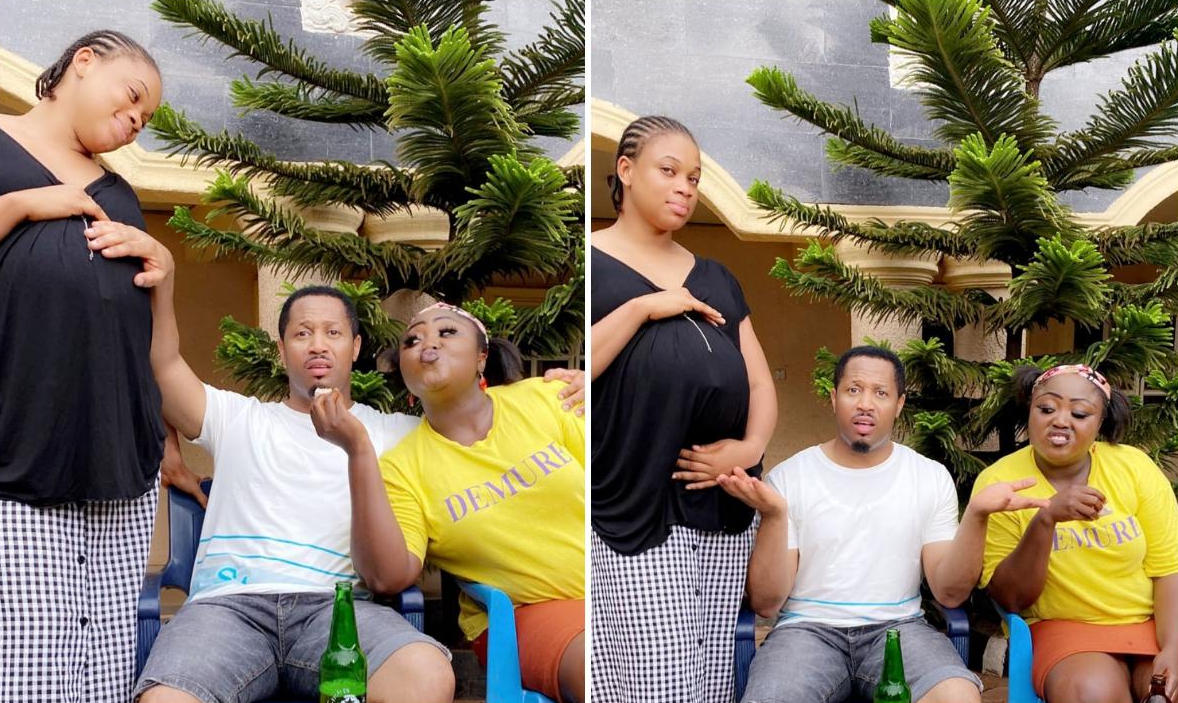 Mike Ezuruonye is on set a new movie, ‘EMECHETA’ with Stephanie Ezechukwu and Blessing Jessica Obasi. He shared some on set photos on his Instagram page which attracted comments on the posts.

In fact, Freddie Leonard demanded to know where Ezuruonye had positioned his hand while Nosa Rex cheekily admitted to getting some inspiration from his mentor on what to hold next.

READ ALSO:   Actor Majid Michel Was Invited To Share The Word of God At The United Nations Stabilization Mission In Congo, Ambassador of Ghana to the DRC Was Present!

Here’s how it went down.

Freddie Leonard: “MICHAEL …. WHERE UR HAND DEY SO?”.

Nosa Rex: “Boss boss. Na breast you hold like that. ? Mentor be showing me wat next to hold”.

Mike Ezuruonye saw their hilarious comments so he decided to share another picture to show why he placed his hands where they were. He wrote:

“Corrupt People asking where his hand was in the Previous Post …Ngwa See am ..Na Belle

Junior Pope reacted to this writing, “Exactly what our politicians do…. They rob us in broad daylight and when caught, they begin to faint……”

Corrupt People asking where his hand was in the Previous Post …Ngwa See am ..Na Belle o😜😜😜😜😜😂 Still ..He didn’t plan it so😂😂😂😂😂😂 #actorslife

“I’m Only Attracted To Your Brain. You Are A Short Fool" - Intoxicated Erica Confronts Laycon