Find Out Why Davido Was Almost Beaten Up In London, He Escaped Through The Back Door 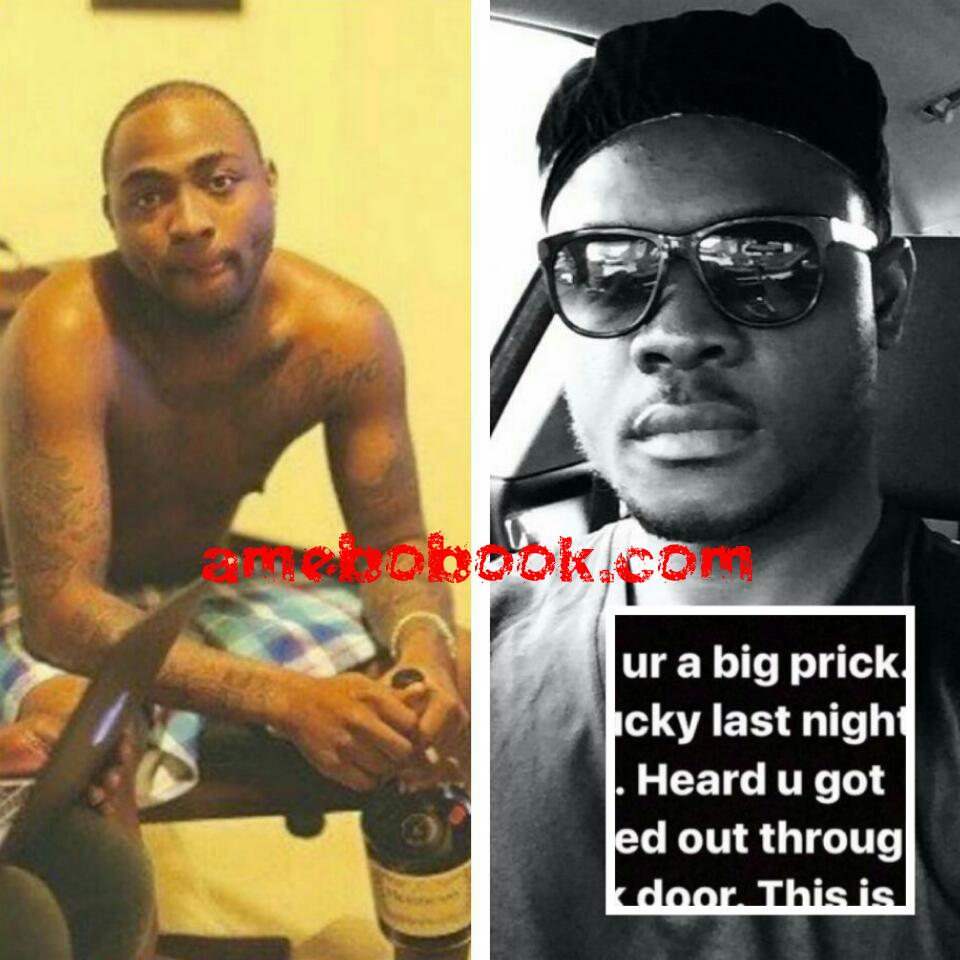 Find Out Why Davido Was Almost Beaten Up In London

Things are really happening oh! Flamboyant Nigerian singer Davido was almost beaten up in London but managed to escape for dear life through the back door. It’s understood the singer ordered his boys to attack a certain Chris but his ‘boys were too high on weed’. They were overpowered.

“DAVIDO APPARENTLY ORDERED HIS BOYS TO ATTACK ME. BUT HE SHOULD HAVE FED THEM BEFORE SENDING THEM TO FIGHT. NIGGAS WERE TOO HIGH ON WEED TO FIGHT ANYWAY. WHAT HAPPENED WAS SELF DEFENSE.

U FIGHT EVIL WITH BIGGER EVIL, U DONT RUN FROM IT. AND FOR THOSE OF YOU SENDING ME DEATH THREATS AM MORE THAN HAPPY TO MEET U NOW LETS GET IT ON.

READ ALSO:   Here’s How Baby Mama, Sophia Momodu, Replied Fan Who Asked Her To “Do Something” About Davido And Chioma

I WONDER WHY PEOPLE WOULD WANT TO WASTE THEIR TIME ON A FIGHT KNOW NOTHING ABOUT. #SAYNOTOBULLY #DEFEND YOURSELF AT ALL TIMES. #THEONLYWAY TO EARN RESPECT.”.

Lucky escape for Davido, if not, blows would have definitely fallen on the singer.

Davido Was Almost Beaten Up In London, He Escaped Through The Back Door

Olakunle Churchill's Alleged Side Chick Rosaline Meurer Thinks Tonto Dikeh Is Using The Name Of The Lord In Vain After Born Again Christian Claims, Comes For Her

Is Footballer Emmanuel Adebayor Trying To Date Genevieve Nnaji? "Baby call me or?????" Comment Suggests His Making A Move — Find Out More!