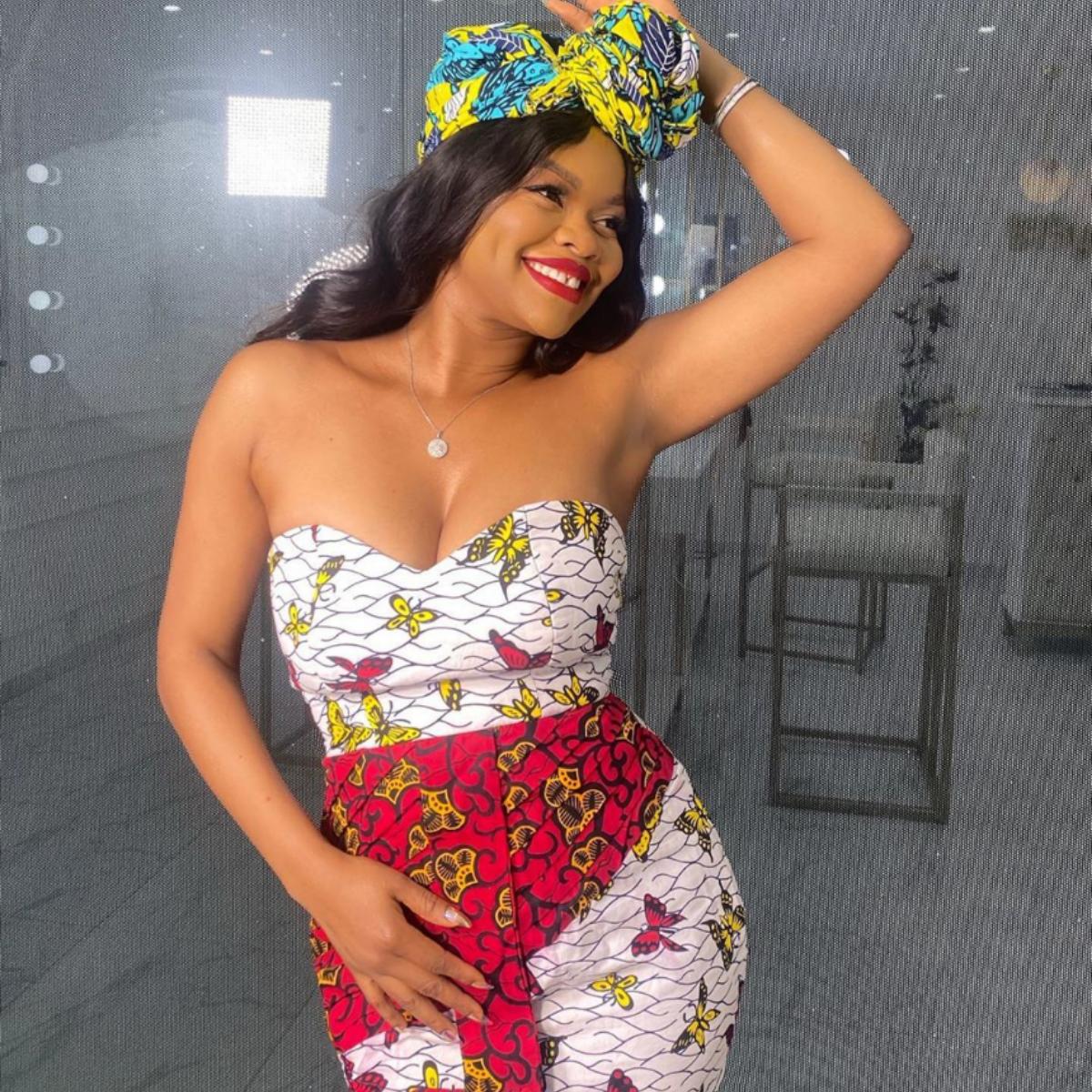 Kehinde Bankole has posed a very important question on her Instagram page which has attracted a reaction from her colleagues, Toyin Abraham, Peggy Ovire and fans. The actress asked, “See why are people great friends, then they start dating and everything goes upside down?”

Personally, we at Amebo Book think there are more advantages to “great friends” dating. However, there are cons. You need to understand that they would already have ‘seen each other finish’. This means they are all too familiar with each others flaws and will struggle to get over them. Again, when the buddies turned lovers go on dates, it just doesn’t feel like it. Truthfully, their expectations may disappoint them.

Anyway, let’s find out what others have to say as Kehinde Bankole got some responses to her question.

Toyin Abraham: “I think about it aswell”.

Peggy Ovire: “Cos now they get to see their baggage”.

Abiola Adebayo: “Because they’re two different things, even though it is expected of you to date your friend but then I guess the expectation is way higher in dating than being just a friend.”

READ ALSO:   D'Banj And Governor Ambode Take 26-Year-Old Joseph David Off The Street After He Impressed At Lagos City Marathon

honeymnana: “Expectations (realistic & unrealistic)
Power play, the once docile friend now wants authority
Societal expectations which might be or not be in tandem with one or both of the couple’s ideology etc”.

_tundesalau: “Expectations! What you expect from a good friend is different from a lover, though these expectations are all in the same basket. The moment you shift the definition you had already given a relationship, you, I mean both parties must be deliberate on what you pick from the basket. If you continue to pick what you used to pick when you were great friends, that’s crack right there. Before you know it, great friends become strangers, if not well managed at that level, nothing will be left.”

goodolbethel: “Guess it’s ’cause there are things that don’t (overly) matter in friendship that just can’t be so easily overlooked when the literal rest of your life is thrown into the mix. And then there’s the ish about expectations that don’t exist in friendship no matter how tightly knit. Also once read it somewhere that the reason for which we become attracted to a person also tends to become the reason for which we want nothing to do with them, so I guess that groups it about right: two whole separate ships.”

tunde.adekola1: “Really not sure this “great friends”. But some friends are best as friends, sometimes we assume them to have good, grown and ripe for dating meanwhile they’re ONLY best as friends. While relationship do grow from friendship sometimes not any friendship can become dates. They often lead to huge disappointment and terrible heartaches”.

impeccable_danny: “There are certain things pple need to do that they don’t do….One is defining the relationships, although friendship leads to relationship,when in such a relationship one need to ask certain question in order for one not to be dissappointed in it. in most cases pple don’t ask questions they assume so much and expect so much too. So much are not meant for each other they are meant to be just friends.”

pat_adams_june: “Because some great friends are not meant to be lovers but friends. thats why no matter how great they are being friends, at the point of being lovers everything goes wrong. #wasn’tmeanttobe”.

bamigbadekenny: “Being friends before dating is very good but yet still not enough!Dating requires conscious effort and readiness.you have to be convinced that this is what you want even with that there still be issue but will be handled consciously!!”

idiatar: “Sometimes there are some relationship I think should remain as friends….on the other thought, there is a statement that your guy should be ur best friend…..however I think one of the two great friend is actually pretending to be bestfriend all along to get what he or she wants… Cos pretence can go a long way without one suspecting. So I will say, dating is not the problem here, but the friendship……. To me, the word ‘FRIEND’ is beyond what people understands it to be.”

You Are Sharing N*#e Pictures And Telling Us It’s Cream You Are Advertising – Fan Blasts Actress Mimi Orjiekwe, She Replies