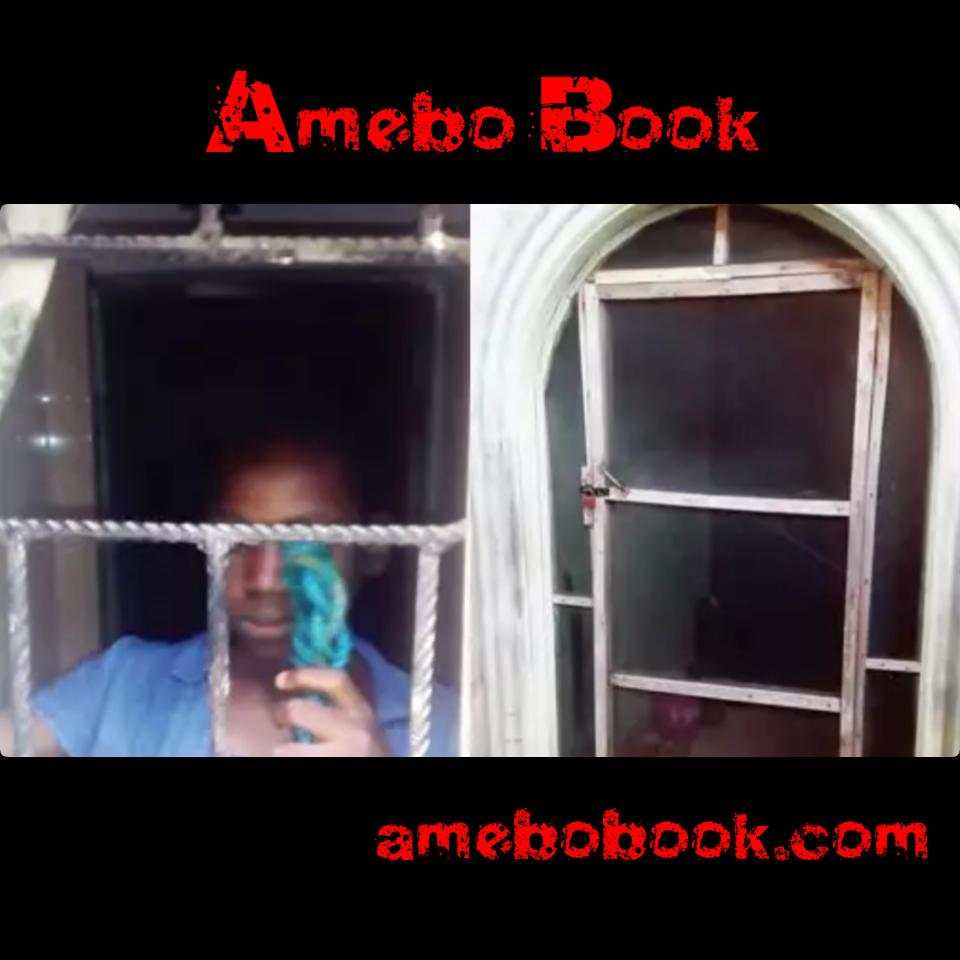 Chioma and Innocent Anozie: Couple Have Been Arrested For Torturing And Chaining 11-Year-Old In Toilet In Ogun State

Some people are really desperately wicked. A couple have been arrested for torturing and chaining 11-year-old in toilet in Ebute, in the Ibafo area of Ogun State. The pair who have been identified as Chioma and Innocent Anozie, allegedly flogged Oluchi with ropes and starved her of food also.

It was some residents who found her crying in the toilet where she had spent two days for wanting to play with other children in the neighbourhood, that called the attention of some soldiers in the community. However, it’s gathered that it took the intervention of Punch Metro correspondent who alerted the Ogun State Police Command Headquarters, before reprieve could come Oluchi’s way. Policemen from the Ibafo division, led by the Divisional Crime Officer, later arrived at the scene and rescued the victim.

According to the media house, Oluchi who is a primary four pupil, started living with the couple about four years ago when she was brought from her hometown in Owerri, Imo State. However, she suffered various forms of abuse in the hands of the childless couple. Even residents of Ebute Road, Ibafo, confirmed the 11-year-old was subjected to different forms of inhuman treatment by the couple.

According to the landlady of their house, Mrs. Florence Sanusi, the compound was always filled with the cries of Oluchi each time she is assaulted by Chioma. She said:

“They have been living in my house since December 2014. I, however, observed that she (Chioma) always flogged the girl. There was a day it rained heavily and I was hearing the girl’s cry. When I queried her husband, he said nothing was happening.

“But when I saw the girl the next day, her body was full of torture marks. Her eye was also swollen. She told me her guardian flogged her with cables.

“Recently, I heard her crying again and when I could not bear it, I warned them to stop the abuse or I would evict them from my house. Because of my reaction, they instructed the girl that whenever they flogged her, she must not cry. So, I started to hear muffled groans.

“I was fed up with their action and was planning to issue them a notice to quit this morning (Friday) when I was informed that they had locked the girl in the toilet without food for the past two days. When I talked to the girl, she said her madam said she would be in the toilet for 21 days and that was why I raised the alarm.”

It’s gathered that soldiers visited the house and interviewed the victim after they received information. They reportedly called a relative who brought her from the village, asking if she was aware of the maltreatment. The relative in turn called the couple to query them on the incident. An unidentified resident also added that the soldiers reported at the Ibafo Police Station and returned with two policemen. He said:

“When the policemen came, they called the woman’s husband on the telephone and he warned them not to break his door. The policemen did not stay long before leaving the girl in the toilet.”

It’s understood Oluchi told the Punch Metro correspondent, that she wanted to return to her parents. She said:

“My parents have seven children and I am their fifth child. All my siblings are living with other distant relatives. My madam (Chioma) is the daughter of my father’s sister .

“When I was brought from the village four years ago, she said I would be cleaning the house and washing clothes and dishes. I am supposed to be in Junior Secondary School 2, but she put me in primary 4.

“Before we came to Ibafo, her husband used to allow me to play freely. But since we relocated here, she stopped me from going out. She said all the people in this house are criminals and they can use me for money ritual. She always beats me with ropes and cables.

“I have been inside the toilet since yesterday morning (Thursday). She locked me up because I went to take a story book in her room. She said I was lying and that I actually went to look for keys to open the door and go out.

“She used celotape to seal my mouth and chained my legs. She flogged me with ropes and a stick. She said I would serve 21 punishments. I only took garri on Thursday morning.”

According to the newpaper publication, Oluchi had a Nokia phone with which the relative earlier called by the soldiers was communicating with her. She was reportedly instructed to break the toilet door open and get spare keys to access another exit door from the three-bedroomed flat. While the Punch Metro correspondent and other residents awaited the arrival of the police, a resident observed that the victim had disappeared from the toilet’s window which faced the passageway. Oluchi had been spotted tiptoeing out through the exit door at the backyard and was held. Just then, the relative called the telephone line again to know if she had left the vicinity. The correspondent intercepted the phone and put the call on speaker.

“Don’t talk to anybody. Did you hear me? Oya move fast,” the woman, later identified as Victoria, said.

It was at that point that policemen from the Ibafo division arrived and took the frightened girl into custody.

According to a cleric who stayed in the house, Segun Oshoffa, he had foreseen the situation getting to a crisis level, adding that the couple didn’t heed his advice. He said:

“I observed that the couple needed a child badly. I told them that if they wanted God to answer their prayers, they should stop assaulting the girl.

“Both husband and wife changed for about three days. But afterwards, they continued with the assault.

“I called them the second time and urged them to return the girl to her parents if they could not take care of her. But they didn’t listen to me.”

The Ogun State Police Public Relations Officer, Oyeyemi, has confirmed the arrest of the suspects. He also promised to issue a statement on the incident detailing the suspects’ statements to the police.

Finally, Rapper Jay Z Addressed Elevator Fight With Solange But Was He Convincing?

Afia Schwarzenegger Celebrates Her Twins James And John As They Add Another Year — "Happy birthday to My besties, My kings"