“It was when I woke up that I now found myself naked. I now saw white thing on my laps” – Employer Arrested For Drugging And Raping His 14-Year-Old Housemaid In Ikotun, Lagos State 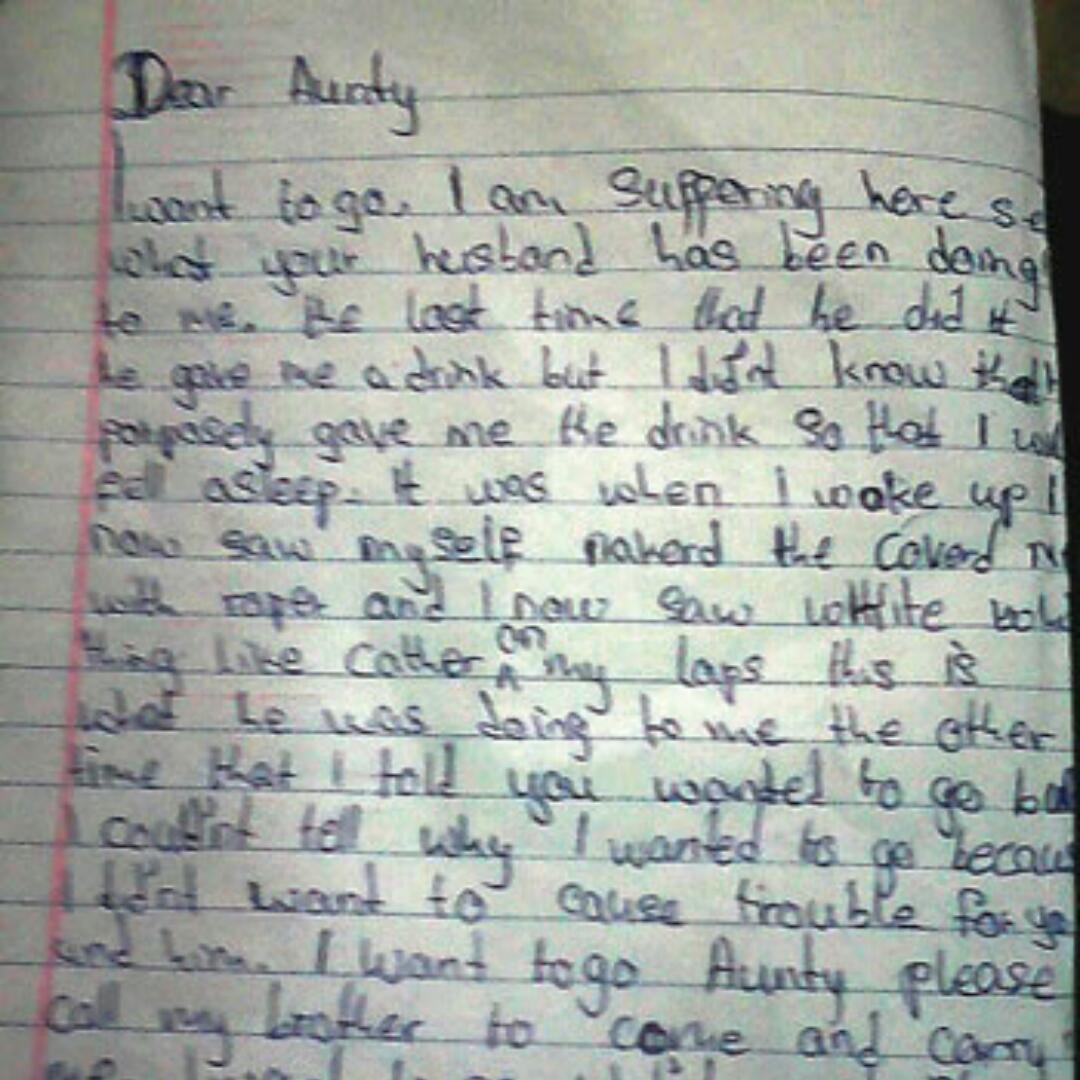 A man identified as Nathaniel, has been arrested by the police in Lagos State for allegedly drugging and raping his 14-year-old housemaid in the Ikotun area of the state. It’s gathered that the victim, Chinwe, (pseudonym) who is an orphan, was brought from a village in the south eastern part of Nigeria to work in Nathaniel’s house.

According to Punch, Nathaniel, who stays on Ajisegiri Street, in the Egbe area, was arrested by the Ikotun Police Division on Sunday. It’s understood that the suspect allegedly lured his housemaid, Chinwe, with a cup of juice penultimate Monday, which contained a sedative while they were alone in the apartment.

However, when Chinwe woke up, she discovered that she was naked with semen in her private parts. After the incident, Chinwe fled the house leaving a letter for Nathaniel’s wife to intimate her on the sexual abuse she (Chinwe) had allegedly suffered in the hands of the suspect. The victim didn’t just end the matter at that as she’s said to have confided in a pastor who is a neighbour within the area. It was then that the pastor informed a child rights’ organisation, which in turn reported at a police station. In the letter, Chinwe, wrote:

“Dear aunty, I want to go. I am suffering here. Look at what your husband has been doing to me. The last time that he did it, he gave me a drink and I did not know that he purposely gave me that drink so that I could fall asleep.

READ ALSO:   10-Year-Old Boy Alongside 2 Others Arrested For Raping A 7-Year-Old Girl In Lagos

“It was when I woke up that I now found myself naked. I now saw white thing on my laps. This is what he was doing to me the other time that I told you that I wanted to go. I do not want to cause trouble for you. Please, call my brother to come and take me away. I want to go and I do not want to stay here again.”

According to a source with the Child Protection Network, where the pastor reported the case, “The man is over 40 years old. He employed the victim as a domestic help.

“He had been sexually abusing the 14-year-old victim. On that Monday, he drugged her juice. That day was a public holiday. When she slept off, he raped her.

“She ran away from the house, because she did not want trouble for the man’s wife. Nathaniel has been arrested by the police. The Family Support Unit of the police is handling the matter.”

“The state Commissioner of Police, Fatai Owoseni, has directed that the case be charged to court.”