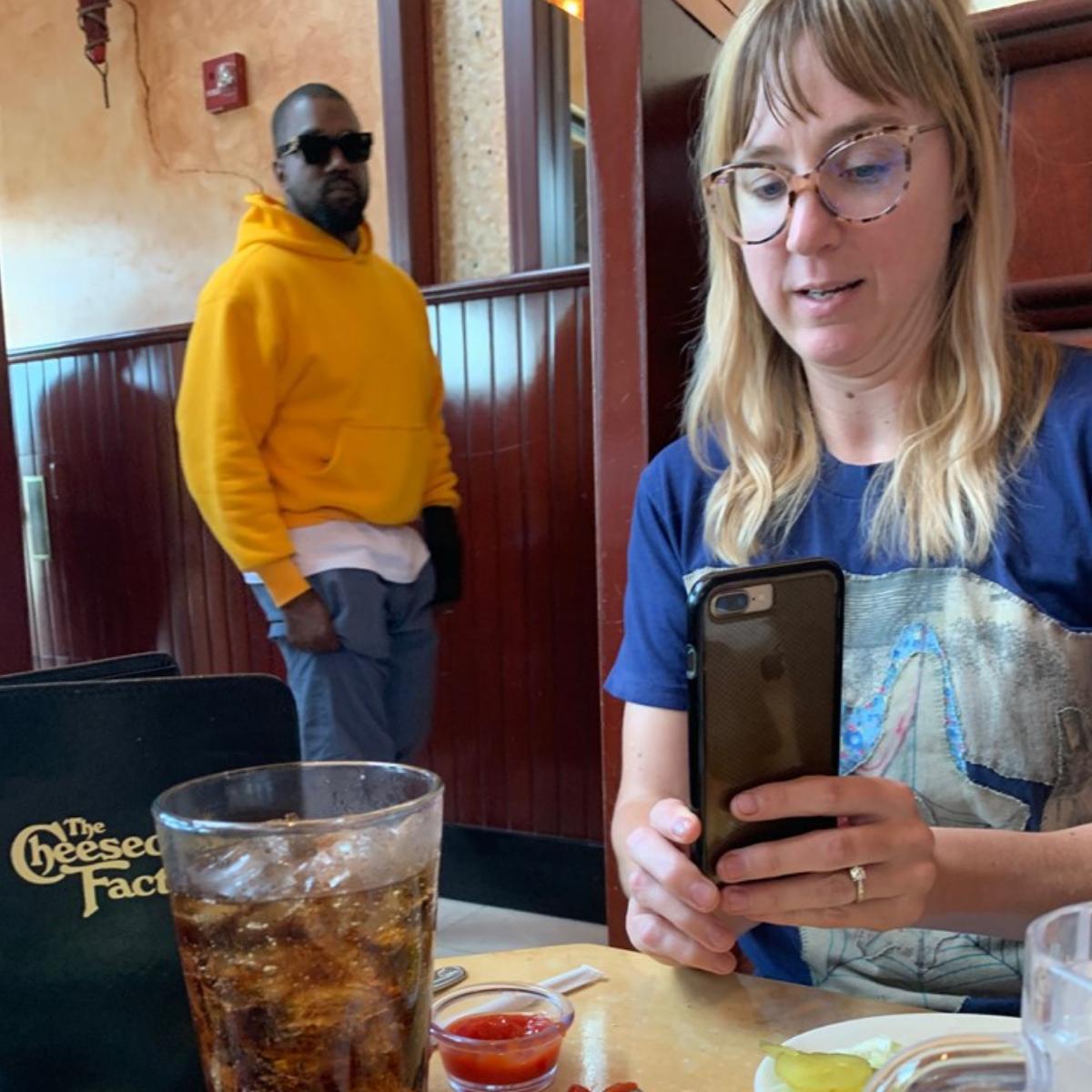 Latest Hip Hop News: Woman Sneaking A Photo Of Kanye West At The Cheesecake Factory Goes Viral Because Of His Reaction

A lot of people dream of getting photos of A-list celebs. One Dayton, Ohio woman, Andrea Rhodes and her husband, Daniel Rizer, ran into some luck at the Cheesecake Factory when she saw Kim Kardashian and Kanye West. Naturally, she tried to take a sneaky selfie with the famous couple without even getting off her seat. However, the rapper had a reaction which has since made the photo go viral. “Here’s Kanye West looking at my mom while she takes a picture of him,” says the tweet accompanying the picture.

“We were seated near the back entrance, and all of a sudden we noticed a lot of activity with security folks moving in and out the back door,” Rizer told TODAY Food. “We looked outside and saw a large, black SUV and a gathering crowd. We asked our waiter what was going on, and he said, ‘Kim and Kanye are back.'”

“We were both ready and anticipating they’d be coming through that back door,” Rizer said.

“Our reaction was really just to snap a couple photos as quick as possible for our daughter, Kayla Martens, who unfortunately wasn’t at dinner with us that night and is a huge fan of Kim and Kanye’s.”

READ ALSO:   I Will Become A Baby Mama If Kim Kardashian And Kanye West Break Up - Moyo Lawal

Here’s Kanye West looking at my mom while she takes a picture of him pic.twitter.com/YKa4wA2mj2

I would literally hang this in a frame at my front door! #longliveyeezus

Kim and Kanye were visiting The Cheesecake Factory in Dayton, Ohio for West’s Sunday Services and visited the restaurant with their children, North, 6, and Saint, 3, not once but twice.

Hip Hop Entertainment News: Woman Sneaking A Photo Of Kanye West At The Cheesecake Factory Goes Viral Because Of His Reaction

Latest News USA Today: Teens Steal 67-Year-Old Woman's Cane And Then Give Her A Thorough Beating With It In Queens

Latest Hip Hop News And Rumors: Lizzo Has Problems Trusting Men Now That She's Famous - "No One Tried To Holler At Me Before All This S##t"