Woman With Two Husbands Explains How She Enjoys Sex With Them 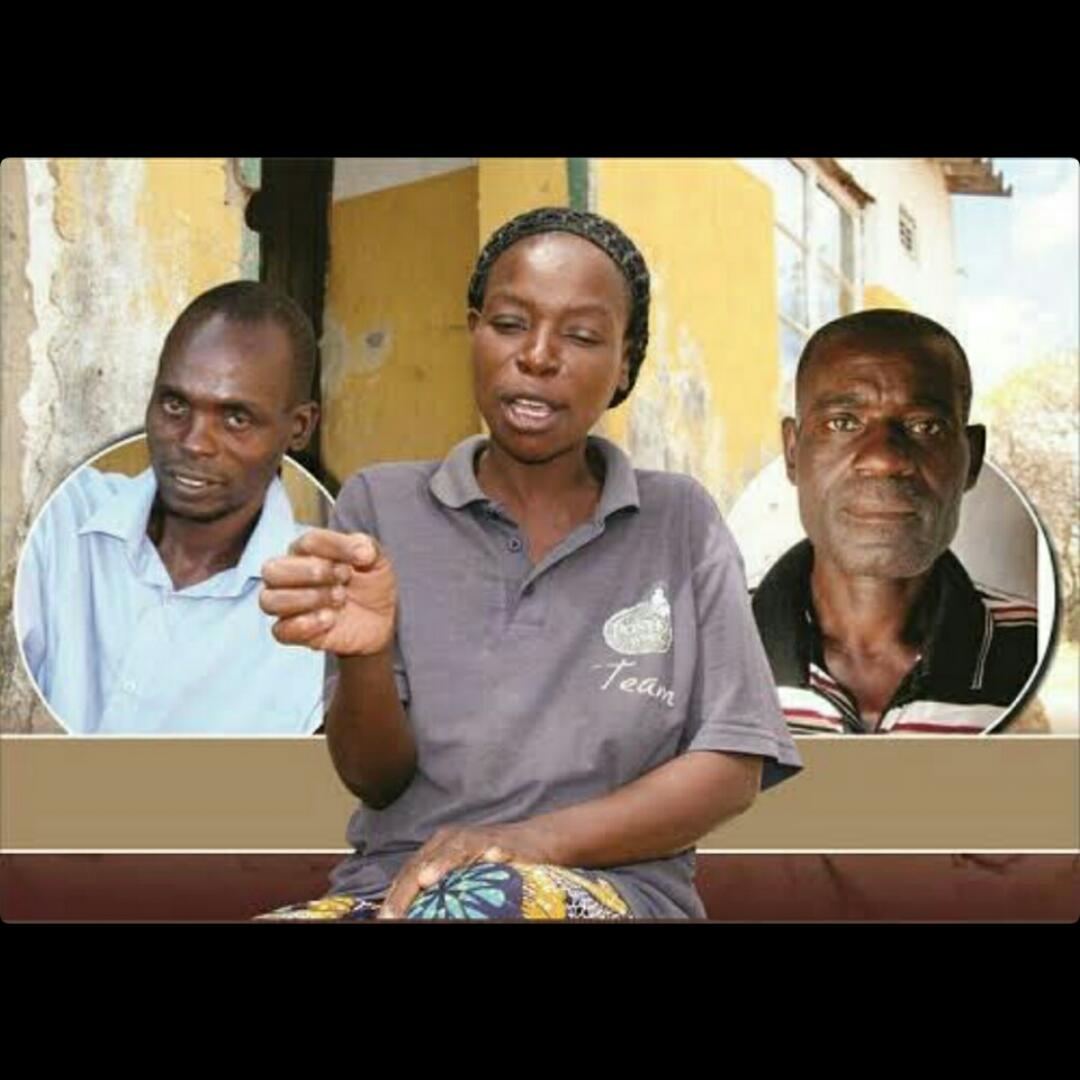 The polyandrous 30-year-old woman claims that her life is a bed of roses. Chako’s husbands, Michael Hwita and Lifford Chimoto, had claimed she gets maximum sexual satisfaction . She said:

Chako said, “We are a happy family, I live with my two husbands and we love one another.

“My two husbands are best friends and they are always together.

“Chimoto is the elder husband, while Hwita is the junior.

“I married the second Hwita because Chimoto is elderly and increasingly becoming weak in bed.

“They both have different roles and I love them both.

“They have different strengths. Chimoto fetches a lot of firewood and cleans up the house well but he is weak in bed and weak when it comes to fending for the family.

“The reason why I married a second husband is that Chimoto was starving me sexually.

READ ALSO:   Just Because I Haven't Entered A Molue Doesn’t Mean I Can’t Empathize With People That Have Gone Through It - Tiwa Savage Insists

“Hwita is also technically minded. He repairs a lot of broken goods, including cell phones and cobbles shoes too, making him bring some cash home. His biggest strength is he is excellent and strong in bed.

“To be honest, in terms of conjugal rights I favour Hwita. He gets me there.

“I only do it with Chimoto as a token. At times, I feel pity for Chimoto and give him token conjugal rights and he appreciates that.

“I am in charge and my two husbands are now used to sleeping side by side in one bed; because they don’t mind and they both appreciate each other for the different roles each play to the family”.

The mother of five, three children from a previous marriage and two from this polyandrous affair, further added:

“I use some concoction to pacify my husbands. It is not a secret that I used a concoction to cow them down. I also sell this concoction to other women to cow down their errand husbands and make them compliant.

“None of my two husbands wishes to leave me. Initially I only had Chimoto but I ran away from him and went to my parents’ home because he was not satisfying me sexually and I was tired of stealing sex from neighbouring boys and men. But he followed and pleaded until my parents ordered me to take him back.

“I then gave him a condition that I should get another man to help him in bed and he agreed. This is how I got the second one. Since then, we live happily and enjoy our life, although we know that the generality of people around us do not like it,” Chako explained.

On their parts, Chako’s husbands Hwita and Chimoto, said they don’t have problems taking Chako says their joint wife.

Chimoto said, “I know my failings and I appreciate the decision which was taken, we have various duties and life goes on.”

Hwita said, “I see no problem. She loves both of us and we understand our situation.

“I respect Chimoto as the elder husband because I found him here.”