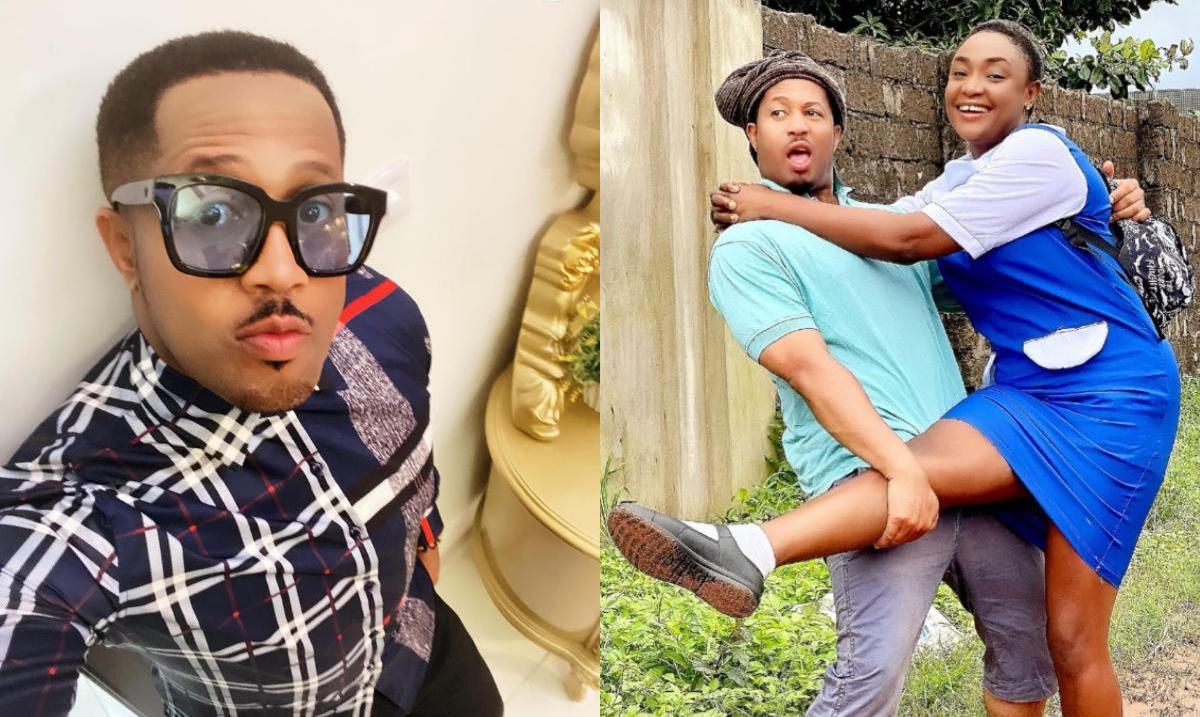 Being on set a project with an actor who lights up the place and makes it relaxed and lively makes the work easier.

It clearly eases tension and in a fun way. Don’t get it twisted movie making is serious business with millions of Naira being invested on production. However, there are certain times that there are downtime on a film set or the actors are given some break.

During this period, the they relax and do whatever pleases them including engaging in shenanigans like pranks, hilarious jokes and other stuff that keep life on set more interesting.

In fact, in a recent Instagram post, LizzyGold Onuwaje disclosed that Mike Ezuruonye is fun to be with on set as he cracks everyone up all the time.

READ ALSO:   Yul Edochie's Daughter Asks Him For A Car Because He Was Laughing At Her In His Mind [Video]

The popular Nollywood actress shared a hilarious photo of herself with her colleague who was seen holding on to her right leg while she wraps her hands around his neck for support.

Destiny Etiko, Omalicha and Ibiwari Etuk were amongst the Nollywood celebs who reacted to the funny photo.

Peep for yourself below.