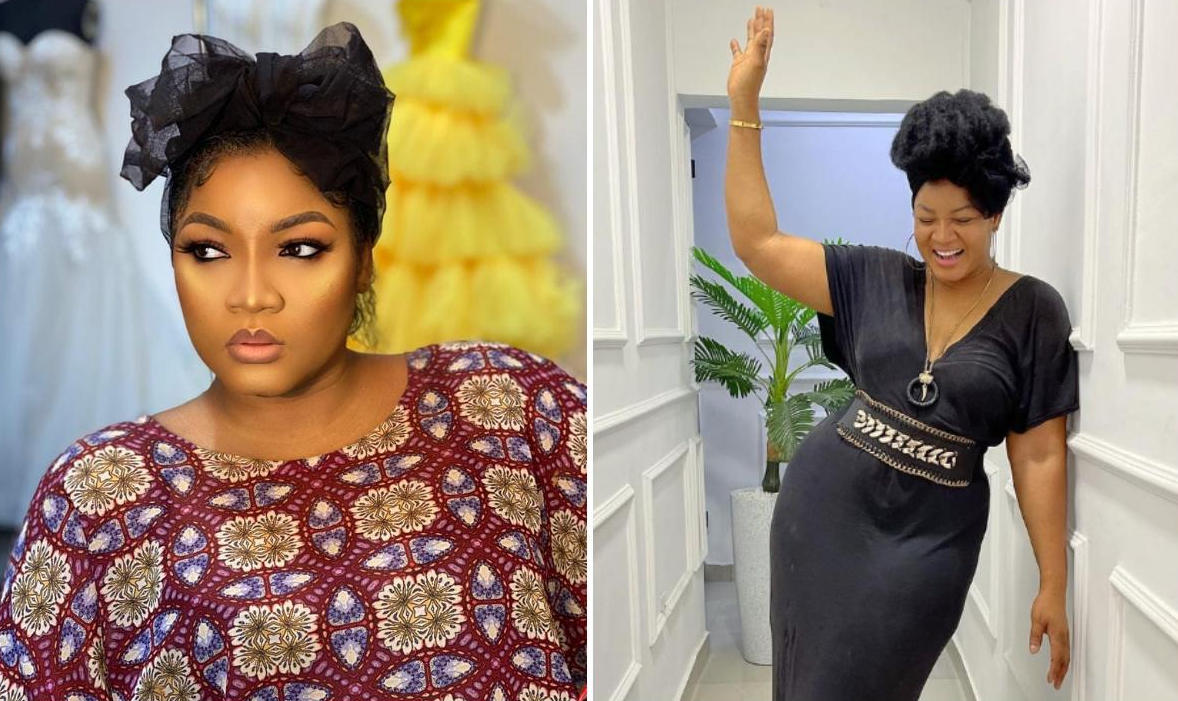 Omotola Jalade is one of the most stunning in Nollywood. The actress has refused to age even though she jokingly went on about her stomach being a little big sometime back.

She recently shared a series of photos while stating it is “new beginnings” for her this year. She wrote:

“8 slides…
New beginnings …
It’s the last slide for me …
Because …. #Godisdoingit”

However, Omotola got an unusual comment from an Instagrammer with username, gregery001 who stated that the actress looks “like the second woman God created after eve”.

The fan most likely was referring to her praise-worship posture with hand raised above.

“@realomosexy Wow you look lovely and also you look like the second woman God created after eve”.

Regina Daniels left her mother in tears after she gifted her a Prado SUV for her birthday. She stated clearly that this was her first step “with my hard earned money.”

Despite this, some of her fans commented that the Nollywood actress does not use her own money for anything as she is given “everything” by her billionaire husband, Ned Nwoko.

According to the thespian, it provides her the opportunity to move forward. She wrote:

“A new day is always a new beginning for me to take another step forward in life”.