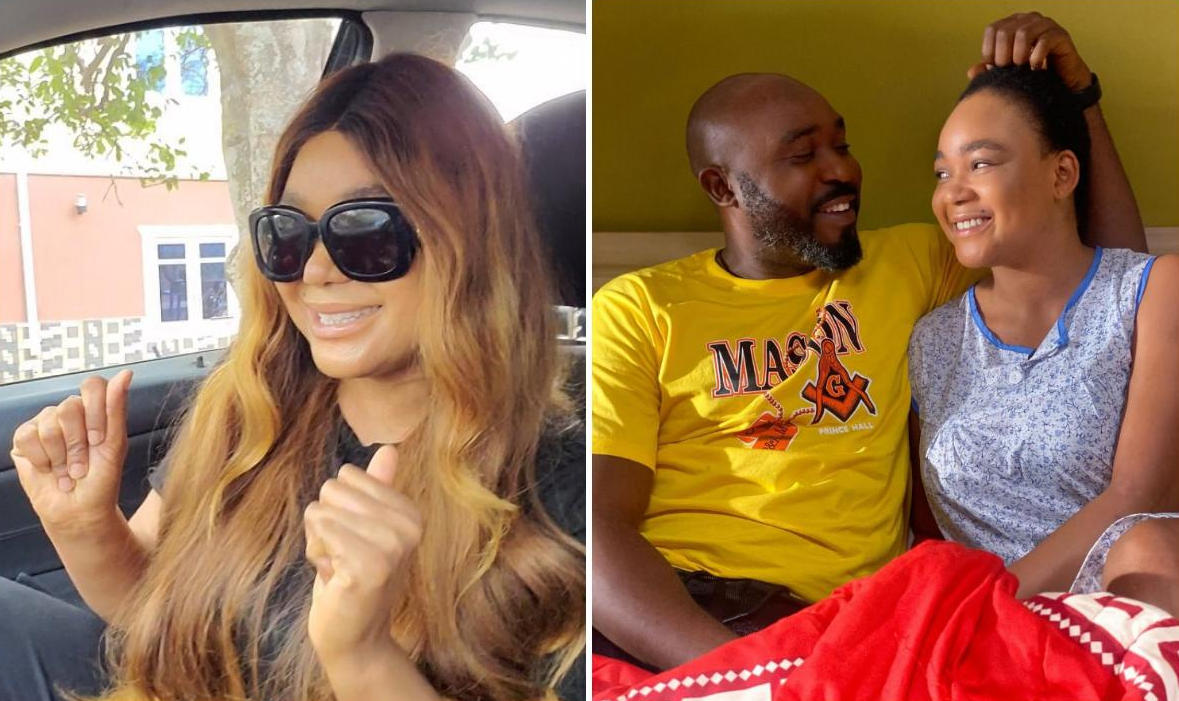 You must have noticed that there are certain actors who have this believable onscreen chemistry when they do movies together.

In fact, they even appear genuinely in love when they couple up in films. There are emotions running and tension when they are in a scene together.

Rachael Okonkwo and her married colleague, Stanley Igboanugo make an ideal example and if you watch ROK on DSTV, then you will understand. You could check out Blind Affection and In The Name Of Marriage as some fans pointed out.

READ ALSO:   Nollywood Actress, Belinda Effah, Celebrates Mother Who 'Constantly Makes Sacrifices' For Her As She Adds Another Year [Photos]

One Instagrammer with username, valasor_ , reacted to this by telling the Nollywood stars to fall in love so people can stop wondering what it would have been (most likely if they were single) if they were available.

The fan reacted to some on set photos the actress who is also known as Nkoli Nwa Nsukka, shared: “U two for kukuma fall in love, let’s stop assuming “what if this two….” . Happy first Sunday prettiest. “.

miracle_odi: “You are and Stanley again, hope he will be a good husband unlike blind affection.”

jewelstoosure: “I love u guys acting, especially that TOGETHER AS One and BLIND AFFECTION”.