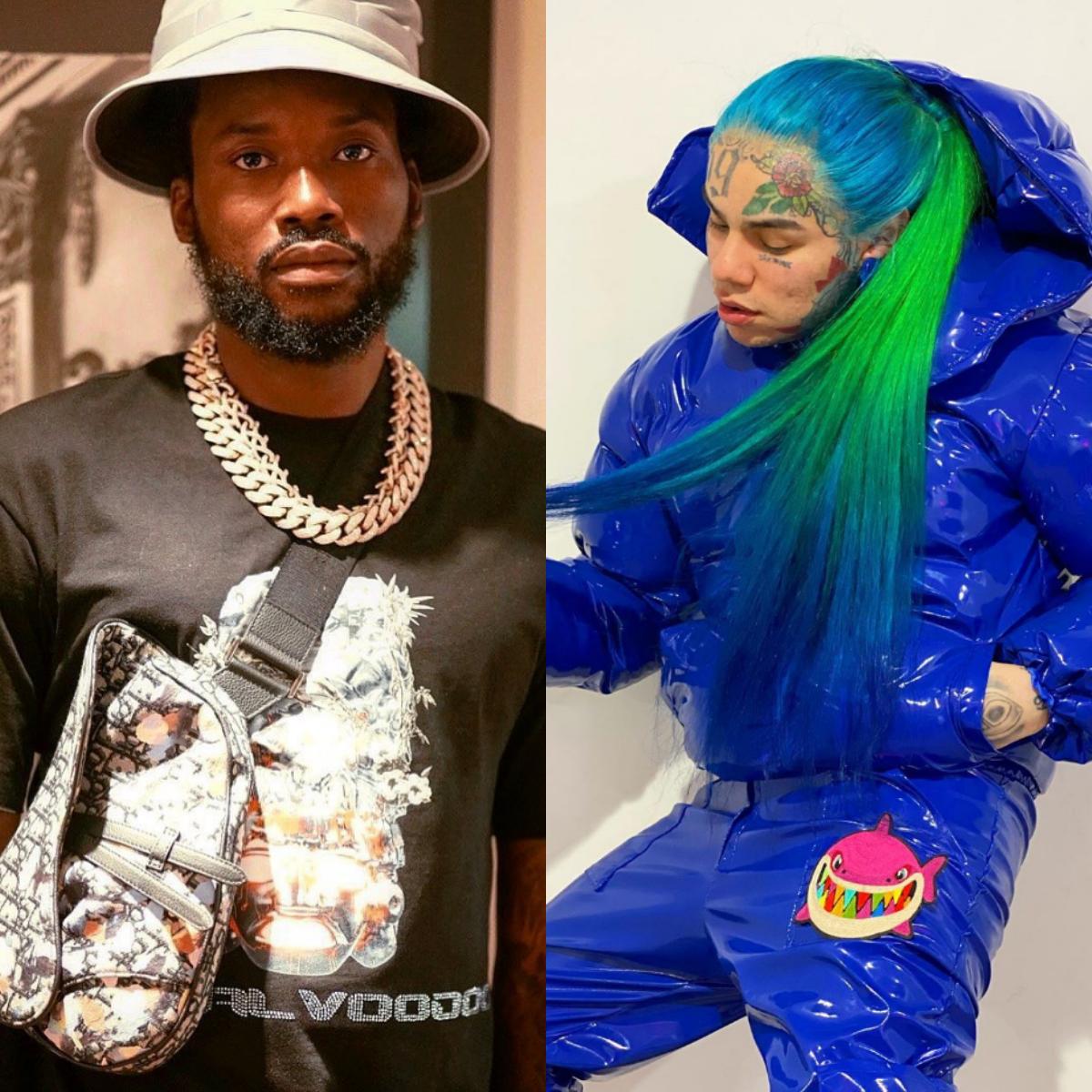 Robert Rihmeek Williams, popularly known as Meek Mill, has got his credibility under scrutiny. Akademiks and 6ix9ine have branded the Philadelphia rapper the biggest hypocrite in the rap game. In fact, they say he isn’t in a position to cancel anyone.

Trouble started after Meek tweeted for Akademiks to be cancelled following the Freddie Gibbs Twitter war. He wrote:

“Akademiks canceled because he’s a bad police and our culture don’t need them… He also gassed a lot of beef that got people killed and hurt and never donated a dollar to the culture! We gone holla at you next run champ lol.”

READ ALSO:   Meek Mill Wants To Take It To Another Level From Pac: "He Set The Tone"

Akademiks reacted and while looking into the camera, he says, “Meek, you can’t cancel anyone. Okay? Let’s be very clear. You’ve been mad at me since I posted that an EP of yours flopped!”

Throughout the 3:24 clip, he continues to take shots at Meek. Meanwhile, the video was captioned, “Here’s my response to ur cancellation. Respond to @6ix9ine and @darealquilly questioning your CHARACTER. Before thinking bout tryna cancel someone else. You’re raps biggest hypocrite if u don’t. Until then we not hearing u #meekmandela.”

6ix9ine also had words for his foe Meek as he took to the comment section.

“Signed to a snitchhhh 🤣 but hates snitchesssss 🤣🤣🤣,” the “Trollz” rapper wrote, referring to the controversy surrounding Roc Nation CEO Desiree Perez. “How u do that??????????? Went to jail for bike tricks and was crying the whole 6 months 🤣.”

Anyway, watch the video below.

READ ALSO:   Hiphop News: Cardi B And Meek Mill Just Won The #AgeChallenge - "Me Throwing Up When I"m 80"

@meekmill here’s my response to ur cancellation. Respond to @6ix9ine and @darealquilly questioning your CHARACTER. Before thinking bout tryna cancel someone else. You’re raps biggest hypocrite if u don’t. Until then we not hearing u #meekmandela

Actor Damola Olatunji Kisses Wife Bukola, Says "She Can't Stop Calling And Her Phone Ringtone Is In My Memory"