Zona Gee: Up-and-coming Singer Who Accused Davido Of Stealing Assurance Says He Might Have Been Defrauded 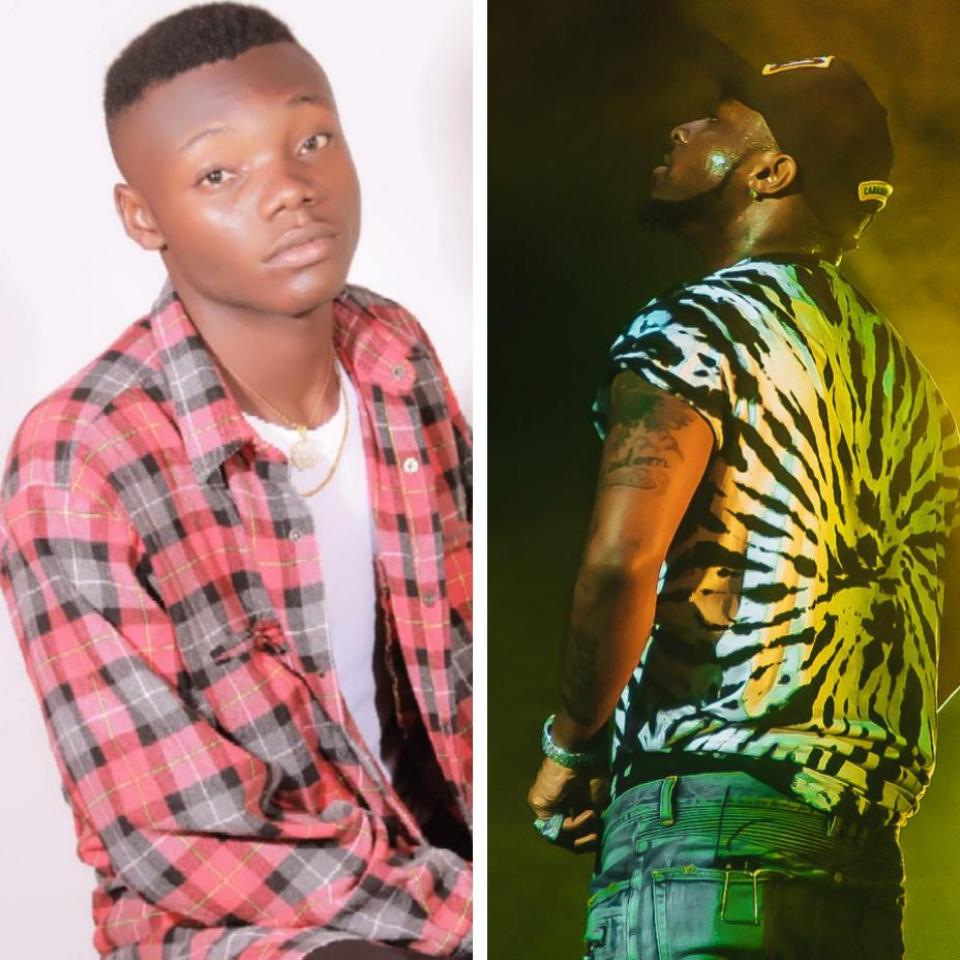 Singer Who Accused Davido Of Stealing Assurance, Zona Gee Says He Might Have Been Defrauded

Mbamara Arinze, aka Zona Gee is the up-and-coming singer who accused Davido of stealing Assurance song after he wrote and sent it to him via messaging app, WhatsApp. In a chat with Sunday Scoop, Zona Gee maintained his friends actually heard him singing the song long before it was released except it didn’t have the name “Chioma” in it. However, he admitted he might have been defrauded.

A lot of people had initially felt his accusations was a publicity stunt. On how he got Davido’s number, he said:

“I went for a concert and I saw Davido and some people around him. I knew I couldn’ t approach any of them there because of their security men . Later on , I was able to meet one of the guys I saw around Davido , and I asked him for Mayorkun ’s phone number . He said I had to pay for it and I gave him N 5 ,000 . When I called the number he gave me , the person who answered the phone identified himself as Mayorkun ’s manager. I told him I wanted to speak with Mayorkun and he handed the phone to someone who claimed to be Mayorkun . Since I didn’t see the person , I cannot verify if it was Mayorkun I spoke with but after speaking with the person for some time , he gave me Davido ’ s number .

“I knew Davido may not pick my calls ; so , I sent him a message on WhatsApp . Some people have been saying that the mail I claimed I was given by Davido was a fake one . However, I was excited because I believed I was talking to Davido and I didn’t bother to make checks .”

READ ALSO:   Nigerian Celebrity News And Gossip Today: Here Is What Davido’s Dad Has To Say About 20-Year-Old Expecting His Baby

“My friends can bear witness that I had been singing the song, Assurance, for a long time before Davido’s version was released . The difference was that I didn’t put the name, Chioma. I recorded the chorus and sent it to Davido on WhatsApp . We stopped chatting for a while after that only for me to realise that Davido had released the song . I was even happy that he took my song . I sent him a message when I heard the song but he did not reply . Subsequently, I was blocked. At that point , I felt used and I thought of a way to let the world know what happened . That ’ s why I posted the chat on Facebook . Right now , I am not even sure I spoke with the real Davido . I might have been defrauded .”

On the similarities between his version of the song and the one Davido released , Zona Gee said,

“The similarity is the chorus ; the only difference is that I didn’ t mention Chioma in my own . The funny thing is that I lost my phone some days ago ; so , I don’ t have the voice note of the song that I recorded . I am not trying to spoil anybody ’ s image. I know that many people think I’ m lying and using the publicity to promote my career but that was never my plan . I just want to be signed to a record label . I am ready to apologise to Davido if it is proved that he wasn’ t the person I communicated with .”

Up-and-coming Singer Zona Gee Who Accused Davido Of Stealing Assurance, Says He Might Have Been Defrauded

Nollywood's Ruth Kadiri Is Left Baffled On Why A Woman Divorces Her Husband For Cheating Only To Become A Side-chick, Shares Throwback To When She Was A Little Girl

“We Have Taken Control Of Our Future” – Singer Chidinma